The Milwaukee Bucks were bound to lose again at some point, and the Boston Celtics were the ones to snap their eight-game win streak.

The Celtics handed the Bucks a 122-114 loss on Friday night at Fiserv Forum behind a full-team effort and a strong showing from the starting five.

Robert Williams probably had his best game for the C’s with six assists, nine rebounds, five blocks and two steals.

GOOD START AGAINST A GOOD TEAM
Walker made all three of his free throws to open the game before he laid it in off a nice pass from Williams. Tatum buried a jumper before a 3-pointer from Walker gave him eight points in under three minutes and a 12-6 Celtics lead.

It was the Walker show as he put Boston up 20-13 with his 10th point of the quarter, but Milwaukee made it a two-point game with three minutes left in the first.

A nice block from Williams kept it a six-point game, and the Celtics had a 32-26 lead after 12 minutes.

Walker led all shooters with 10 points, while Tatum was just behind him with eight.

TATUM STAYS HOT
Tatum continued his strong half with his 12th point on 5-of-7 shooting to help keep the Celtics in the lead to begin the second.

Milwaukee would come to close to either tying the game or taking the lead, but every time it did, Boston found a way to extend its lead.

A Tatum triple made it a 41-33 game and forced the Bucks to call a timeout to regroup.

Milwaukee brought it within three, but Walker stayed hot to extend the Celtics’ lead back to six with his second 3-point shot of the night for the 44-38 lead.

Tacko Fall finished a pick-and-roll with a dunk, but was dunked on by Giannis Antetokounmpo on the Bucks’ next possession.

Boston held onto its slim lead, but the Bucks remained in striking distance by keeping it a one-possession game in the final five minutes of the half, and tied it up at 55-55 in the final two minutes.

A Smart triple gave the C’s back their lead back before Tatum and Brown connected for the 60-55 edge — a lead they’d take into halftime.

Walker and Tatum paced all shooters with 15 points, while Williams was crucial with with five assists, six rebounds, four blocks and two steals in the first half.

NOTHIN’ BUT C’S
Milwaukee, as it had done most of night, made it a one-possession game with the first shot of the third quarter, but Tatum continued his strong game. Couple that with Walker and Brown hitting everything in sight and Boston found itself up 16 just four minutes later.

Williams also decided to get in on the offensive fun:

Brown’s pull-up 3 in transition made the Bucks call a timeout.

There was no third-quarter meltdown this time around for the C’s, as they kept their momentum high all night with 3’s from Smart, Walker and, of course, Tatum to open up the game 96-79.

Boston really ran away with the quarter and had a 103-89 lead after three. Tatum led the way with 30 points, while Walker racked up 21 and Smart with 20.

C’S SEAL IT
Moe Wagner, playing in his first game after being traded to the Celtics, hit a corner 3 to help extend the Celtics’ lead in the fourth.

It was more of the same with Boston hitting shots from deep left and right, never letting the Bucks take the lead.

The Bucks did come within nine in the final two minutes, but it wasn’t enough as the Celtics put them away.

UP NEXT
Boston is right back in action Saturday night when it takes on the Oklahoma City Thunder. Tip-off from Chesapeake Energy Arena is set for 9 p.m. ET. 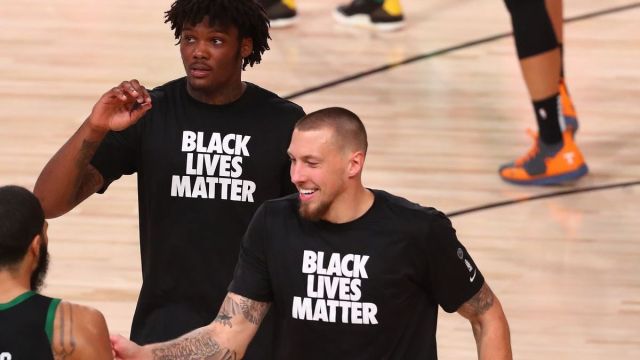 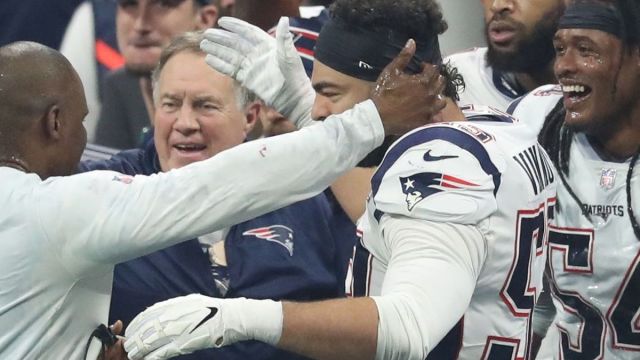