The Boston Celtics’ four-game winning streak has come to an end, but their losing streak on the road extends to seven.

Despite the absence of Kevin Durant and Blake Griffin, the Brooklyn Nets pulled out a hard-fought, 121-109 Thursday night.

Easy to do with Kyrie Irving tying a career-high 40 points.

Boston moved to 19-18 with the loss, though Marcus Smart’s return was a bright spot. In his first game back, he had 19 points, two rebounds and two assists off the bench.

Jayson Tatum led Boston’s offense with 31 points and five assists after ramping up in the second half. Daniel Theis’ 17 points and eight rebounds were solid. Brown’s shooting rut continued, but he helped with six assists, four steals and five rebounds.

James Harden had 22 points, 10 rebounds and eight assists. Landry Shamet went off for 18.

Here’s how it all went down between Boston and Brooklyn:

STARTING FIVE
Despite having Smart back, the Celtics had him come off the bench.

BUILDING A LEAD
As Irving’s successor on the Celtics, it’s reasonable to think Kemba Walker came out with a chip on his shoulder in the first quarter. He led Boston with a game-high nine points and an assist, rebound and… block in transition? Cool!

Thompson and Smart followed that up with six and five points, respectively, and Boston got out to about a 10-point lead. But Shamet was going off for Brooklyn, matching Walker’s nine points.

With the Nets within three points, the Celtics called a timeout with three minutes left in the first. From there, a 3-pointer from Smart got them going on a run to close out the quarter up 29-23.

KYRIE’S TURN
For critiques both of these defenses have faced this season, points were hard to come by through the first half of the second quarter.

Still it seemed like the only way Shamet was going to miss was if his shots were blocked, so Robert Williams got involved there.

Inside 5:30 in the half, Brooklyn tied it up before a blocked charge called against Walker allowed Harden to make it a 43-41 game.

From there, Irving started to heat up to insinuate a Boston timeout while it trailed 51-45. The pace picked up tremendously. But unfortunately, it was set by the Nets who led by as many as seven in the quarter.

Tatum got going after a slow start to go into the break with 11 points and two assists. Brown shot 1-for-9 from the field for two points, but had three assists and forced three steals.

BACK-AND-FORTH
Brown’s shooting woes didn’t let up, but he desperately needed the 3 he hit at the beginning of the second half. Following up a mini-run by Tatum to give Boston a lead back, his co-star wing created a tiny bit of separation.

And all things considered, you almost could hang your hat on Boston entering the fourth quarter down by just two points. Because by the end of the third, Irving had a ridiculous 32 points.

BROOKLYN OPENING IT UP
Boston opened up the final frame with great energy, courtesy of Williams making some big plays.

But Tatum came out of a timeout like a madman to score on consecutive possessions and Theis helped make it a three-point game with a dunk.

Through most of the remainder of the game, Boston breathed down Brooklyn’s neck.

But what are you doing to do when Irving is tying season highs?

UP NEXT
The Celtics get a break from games until Sunday, but will travel to Houston to face the Rockets for an 8 p.m. ET tip.

Celtics ‘Most Likely’ Will Wait To Use Trade Exception, Per Danny Ainge 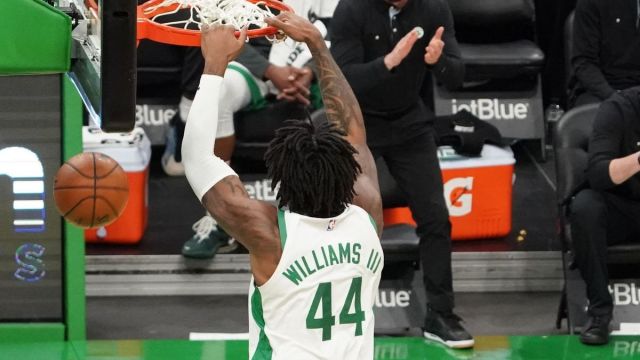 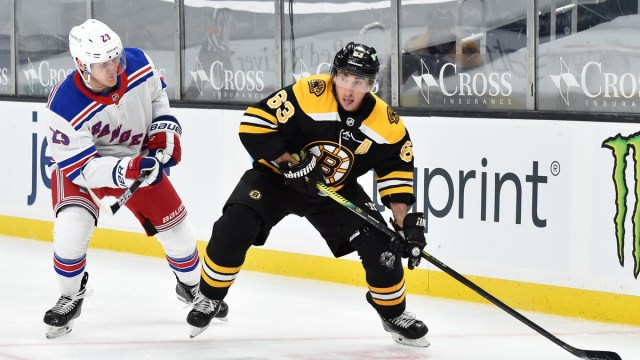