Celtics Wrap: Luka Doncic, Mavericks Too Much For Boston To Overcome Skip to content

The Boston Celtics once again dug themselves into a 23-point hole, fought almost all the way back and ultimately lost to a better Dallas Mavericks team by a 113-108 verdict.

The Celtics, who cut their deficit to 109-107 with 16 seconds left never led in the game. They were tied, 2-2, 1:11 into the game before trailing the Mavericks for the final 46-plus minutes Wednesday night.

Mavericks superstar Luka Doncic did Luka Doncic things, but he didn’t need a fade-away 3-pointer at the buzzer to deliver the Celtics the knockout punch like last time he was at TD Garden. Instead, Doncic finished with a game-high 36 points on 11-for-15 from the field and 7-for-11 from long range.

Jayson Tatum scored a team-high 25 points on 24 shots while Jaylen Brown scored 24 points on 17 shots and Kemba Walker chipped in 22 points on 19 shots.

KEEPING IT CLOSE
The Mavericks used a first-quarter run to take a double-digit lead, but the Celtics closed the frame with heightened defense and transition scoring to cut Dallas’ lead to 30-25 after the first.

Dallas went on a 9-0 run late in the quarter, taking an 11-point lead after Doncic’s second 3-pointer of the game, but Boston came away with a pair of forced turnovers to close the gap in the final minute.

The Celtics’ defense, especially during the early going, still allowed the Mavericks to get off quality looks as Dallas shot 50% from the field with five hits on 12 shots from long range. Doncic led all scorers with 11 points.

Brown paced Boston with nine of his own while Tatum was held to just two points after missing his first three shots. The Celtics shot 39%, but assisted on six of those 10 baskets.

And Smart was making plays on both ends.

DONCIC TAKEOVER
The Celtics trailed the Mavericks by just three points with 10 minutes remaining in the half before Doncic, along with the help of Brunson, led a Dallas charge en route to a 64-45 halftime advantage.

Doncic scored 13 of his 24 first-half points in those final 10 minutes while hitting eight of his nine shot attempts with a pair of 3-pointers. Dallas extended that three-point lead to 11 midway through the second, and then extended it to as large as 22 following a trio of 3-pointers by Doncic and Brunson.

Newcomer Evan Fournier got his first points as a Celtic, too.

CUTTING IT MINIMALLY
The Celtics made a mini run to cut their deficit to 15 points midway through the quarter, and were able to cut their halftime deficit minimally to 90-73 entering the fourth.

Boston split up its scoring production with Tatum (10 points), Brown (nine) and Walker (seven) all making a handful of contributions at the offensive end.

Doncic was held to just seven of his then 31 points in the third, too.

OF COURSE THEY MADE A RUN
Are we really surprised the Celtics made a run in the fourth quarter? It’s one of the few things they’ve done well this year, but rarely haven’t been able to finish it.

Here’s how the final minutes went: Tatum recorded a steal and transition two to cut it to 101-95; the Mavericks got an offensive rebound which led to a 31-footer from Doncic; Brown cut it back to six, 104-98, with 2:30 remaining; the Celtics got a stop; Brown missed a good look at three with 1:10 left; Walker fouled Doncic on a three, in which he made all three to go up eight with 56 ticks left; Walker cut the lead to six with 51 left; Tatum cut it back to six with 31 ticks left; Walker hit a 3-pointer to cut it to four with 25 left; Smart finished on a bucket after a Tatum steal with 16 seconds left to cut it to two; before the Mavericks finished the game by making it two possessions at the foul line.

UP NEXT
The Celtics return to host the Houston Rockets on Friday at TD Garden. Tip off is set for 7:30 p.m. ET. 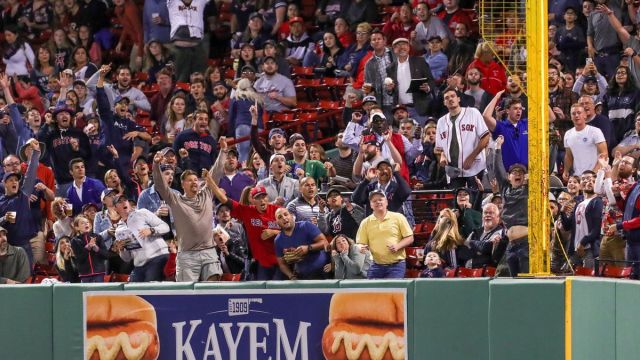 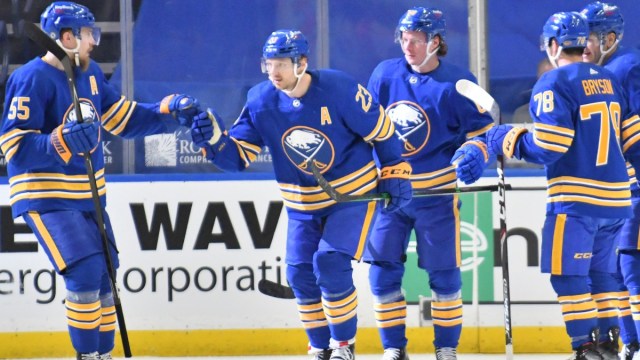