Since the start of the offseason, many reports have indicated the Patriots covet a reunion with Garoppolo. Even after New England re-signed Cam Newton, the rumors persisted.

They reached a fever pitch last week when the San Francisco 49ers traded up for the No. 3 overall spot in next month’s NFL draft. Sure, Adam Schefter reported that San Francisco intends to keep Garoppolo for the 2021 season, but subsequent reporting indicates the Patriots remain in pursuit of the 29-year-old.

And then ESPN’s Jordan Schultz on Sunday reported the Patriots are not interested in Garoppolo. If you read that report and said, “Yeah, right,” you weren’t alone. And you probably were justified.

As you proceed forward into the seemingly endless abyss of Patriots-Garoppolo rumors, keep in mind these tweets from NFL Media’s Mike Giardi, among the most tied-in reporters covering the Patriots:

Assuming New England does want Garoppolo (we have every reason to believe the team does), you should heed Giardi’s advice.

If the 49ers are to move on from the injury-prone-but-talented quarterback, they’re going to want to drive up the price for him. Teams interested in Garoppolo will want the price to go in the other direction. All parties will use the media to pursue their desired agenda.

As for how this story ends, your guess is as good as ours. At the end of the day, it’s difficult to envision Garoppolo willingly signing up for a lame-duck season with a franchise that just drafted his eventual successor. Most competitors would want to pursue other opportunities as they enter the primes of their careers.

It’s also worth noting that Garoppolo has a no-trade clause in his contract. So, if he wants to go to a specific team, he essentially can will it into existence.

Will that team be the Patriots? Stay tuned. 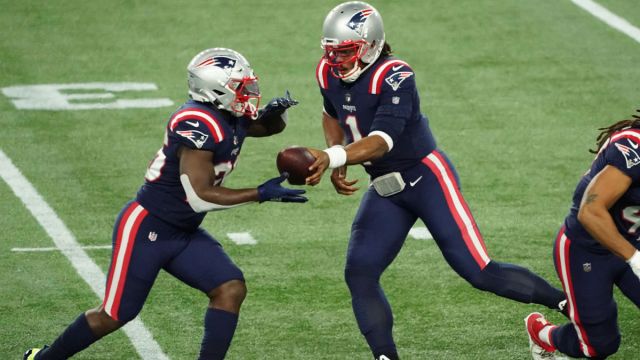