As the above depth chart clearly illustrates, defensive tackle is a massive offseason need for the Patriots. (Lawrence Guy and Adam Butler are impending free agents.) Tomlinson, who played under Joe Judge in New York and Nick Saban at Alabama, can contribute as a run-stuffer and pass rusher. He’s been consistently productive over his four NFL seasons and, unlike many of the names on this list, is still young, turning 27 just last month.

After a quiet start to his career, Harris quietly has been one of the NFL’s best D-tackles in recent years, earning the eighth-highest Pro Football Focus grade among interior defenders in 2020 and the ninth-highest in 2018. The 29-year-old also ranked in the top 20 as both a run defender (15th) and a pass rusher (eighth). New Broncos general manager George Paton recently called re-signing Harris “a priority,” so we’ll see if he hits the open market.

The 34-year-old isn’t the game-wrecker he once was, but he put up above-average numbers for the Super Bowl champion Bucs. Suh also is a workhorse despite his advanced age. He hasn’t missed a game since 2011, starting 154 straight (including playoffs) across stints with four different franchises while playing at least 74 percent of snaps in each of the last nine seasons.

Alualu was an average to below-average player for close to a decade before enjoying a delayed breakout in 2019. He was PFF’s 13th-highest-graded interior defender that season and followed that up by posting the ninth-best grade in 2020 (10th in run defense, 12th in pass rush). Like Suh, he wouldn’t be a long-term answer, but the soon-to-be 34-year-old could provide some short-term help.

Casey, a five-time Pro Bowler in Tennessee, tore his bicep last September, ending his first season with the Broncos after three games. Bill Belichick called the 31-year-old ?one of the best defensive tackles in the league? in 2018. Since he was released, Casey does not need to wait until the start of free agency to sign with a new team.

The Patriots know Anderson well from his three seasons in the AFC East. New England struggled mightily against the run in 2020, and the 29-year-old is coming off a season in which he posted the third-highest run-stuff rate among players with at least 500 defensive snaps, per NFL Next Gen Stats. Anderson also bagged seven sacks and 16 quarterback hits in 2018, when he saw more pass-rushing opportunities.

Wolfe was PFF’s fifth-highest-graded run defender in his position group in 2020, and he racked up seven sacks for Denver in 2019. The Patriots reportedly showed interest in the 31-year-old last offseason, so there’s a connection there.

Injuries have limited Short to just five games over the last two seasons, but he?s a two-time Pro Bowler who graded out as Pro Football Focus? second-best interior defender in 2017, trailing only Aaron Donald. The 32-year-old has been on the market since Carolina released him in mid-February.

Urban has played on three teams over the last three seasons, but the long-limbed 29-year-old was a sturdy run-stuffer for Chicago in 2020. Playing in a rotational role, he earned PFF’s third-highest run defense grade and 21st-highest overall grade among interior defenders.

The Patriots saw the 35-year-old McLendon play a lot of solid football during his four seasons with the Jets. His 2019 campaign in East Rutherford was arguably the best of his 11-year career. McLendon won Super Bowl LV following a midseason trade to Tampa Bay. 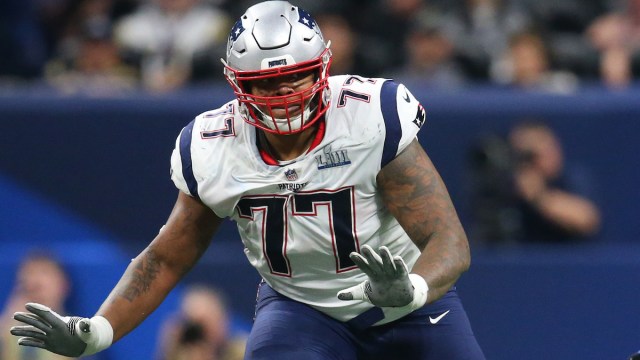 How Much Does Trent Brown Love New England? This Story Paints Picture 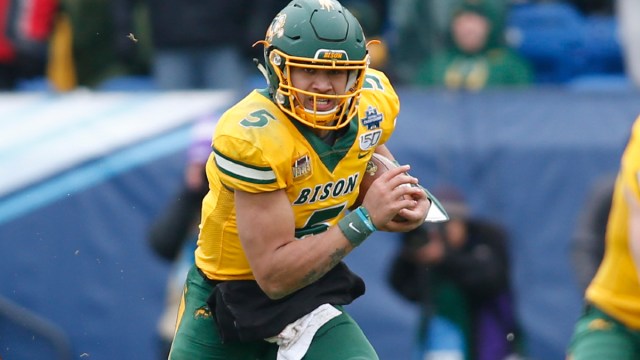 Trey Lance To Patriots? Draft Analyst Explains Why QB Would Be Good Fit