The Boston Bruins won’t be the only ones inside TD Garden on Thursday night.

Fans will be in seats for the first time since March 2020 when Boston welcomes the New York Rangers to town.

It’s been quite a while since the Bruins, who haven’t played in a week due to COVID-19, have played in front of their hometown crowd. But they are excited for what should feel like a sense of normalcy.

“We’ve played a lot of road games. The comforts of home hopefully are good to us,” head coach Bruce Cassidy said after Wednesday night’s practice. “Get some fans in the building. That will give you energy. I think players are kind of pining for that now. It’s been a long time without fans and (having) to create your own energy. The buildings I’ve been in recently with fans, it just seems like it’s a little, even though there’s not that many, it’s just a different atmosphere. It’s getting back to the old normal, so to speak.”

“Definitely excited about that,” he said. “Probably the best news of the week is that we get to play (Thursday) in front of our fans. Looking forward to that, obviously. It’s been a while. … Happy there’s a light at the end of the tunnel.”

Boston is slated to play its first game since its 4-1 win over the Buffalo Sabres on March 18. Sean Kuraly tested positive for COVID-19, while four other players entered the NHL’s health and safety protocols. Only Kuraly and DeBrusk remained on the list as of Wednesday.

But David Pastrnak, Craig Smith and David Krejci all came off the COVID list and are expected to play Thursday, and it sounds like the Bruins also will get back some of their injured players, as well. 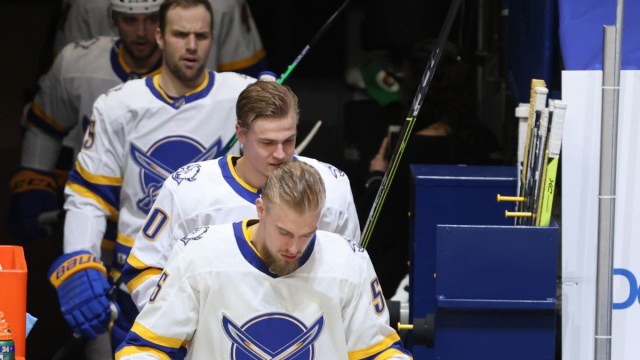 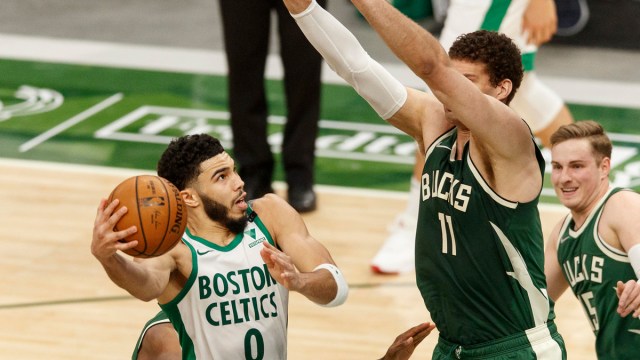 Celtics Know What They’re Doing Wrong, So Why Can’t They Change It?