On that day, Smith and the New England Patriots agreed to terms on a four-year, $50 million contract, making him the NFL’s third-highest-paid tight end by average annual value.

New England’s admiration for the athletic 25-year-old was obvious — their agreement came less than an hour into the league’s legal tampering period — and clearly appreciated.

Asked why he chose to sign with the Patriots over other suitors in free agency, Smith offered a simple explanation.

“It just seemed like the perfect opportunity,” he replied. “From knowing what I knew, I believed everything they stand for matches my football DNA, and I just couldn?t pass up the opportunity. I believe that this franchise has everything it needs, all the ingredients, all the right stuff, and I?m just honored and blessed to be a part of that.”

Smith was a versatile offensive weapon during his four seasons with the Tennessee Titans, lining up in line, in the slot, out wide and even taking handoffs out of the backfield for Mike Vrabel’s club. In a recent interview with NFL Network, Smith called himself “the most versatile tight end in the league.”

?The type of player I?ve always been since I?ve played this game is ‘whatever it takes,'” said Smith, who caught 41 passes for 448 yards and eight touchdowns last season. “Wherever I need to be at to help the team win is what I?m going to do. That?s what I?m here for — to help the team win — and I?m just going to be that guy that?s going to do whatever he?s asked at 100 miles an hour and to know what I?m doing. That?s what I take pride in.

“I don?t have any (preferred spot), whether it be here or there or there. I don’t care. Whatever. (I’ll play) on the defensive side of the ball. I love the game, I love everything that comes with it, and I take pride in that. I take pride in lining up wherever I need to line up to help the team win and do it at 100 miles an hour and make sure the guy across from me doesn?t beat me. To me, that?s what it?s about.”

Smith said he’s “excited” to join forces with Henry, who agreed to terms on a three-year, $37.5 million deal last Tuesday. The two premier free agents will be tasked with reviving a Patriots tight end group that ranked dead last in the NFL in receptions in each of the last two seasons. 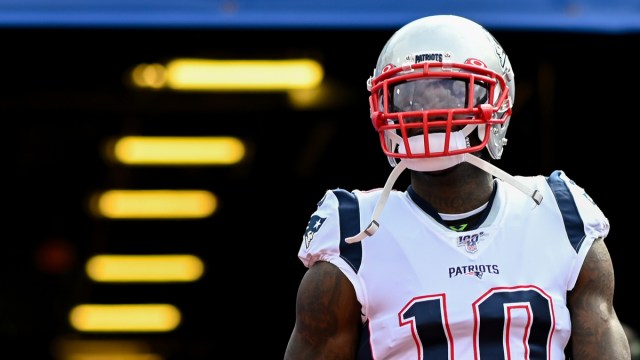 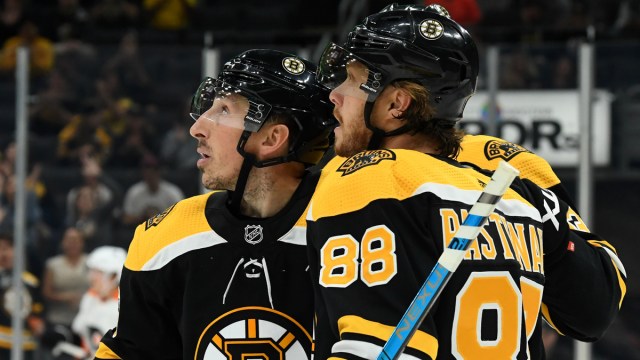