Wide receiver Kendrick Bourne had some initial apprehensions after learning the New England Patriots were interested in signing him as a free agent.

“(My agent) was telling me like, ‘They really like you. They got some good things to say about you.’ I was like, ‘What? New England?'” Bourne said Monday on a video conference call.

“I had a whole misconception just about the whole place thinking it was too serious.”

After an initial visit with his new team last week, Bourne is no longer concerned after signing a three-year contract with the Patriots.

“I thought when I came in the building for the first time, I thought it was gonna be all stuck up kind of seeing how it was going to feel, everybody looking at me, coaches meeting, but it was a whole misconception,” Bourne said. “They were relaxed in there. They were laid back, having fun. They know how they want it to look. They know that they want their organization to be serious, excellence. But behind closed doors, it is relaxed. It is fun. There’s laughing in there. I was tripping. I thought it was only going to be myself.

“But first came into the building, (head coach) Bill (Belichick) was super cool. (Owner) Robert Kraft was super nice. I just had a whole different view of the Patriots in my head. It was a happy medium. You can be a jokester, be cool, but we work hard here. This outweighs the silliness, the hard work. I kind of got the happy medium. Turn it off a little bit, I can relax. I know when to turn it on. ‘OK, it’s time to be serious, time to work. We gotta win this game or we gotta knock out this workout or this weight room workout or whatever it may be.’ I know how to flip that switch. Football is meant to be fun, and that’s the main thing. If you stray away from that completely, what are we playing for? What are we doing this for? That’s my thing about it. I was happy when I got in the building and saw people being relaxed, laughing. Bill, he’s just a cool guy. Misconception by me. I’m excited to be here.”

Belichick relayed a story about former Patriots wide receiver Randy Moss that seems to have resonated with Bourne.

“They have a specific playbook. They told me practices are hard,” Bourne said. “They’re going to get tested every day with the playbook, stuff like that. They’re going to give you different looks, different types of things you need to see.

“Bill told us a story about Randy Moss about how he came in and all he did was focus on the playbook. It’s as simple as that. He had his best. That’s what I’m going to focus on. If I can go out there comfortable knowing exactly what I need to do, I know I’ll be successful. I believe in my game that much. I think it’s going to be an awesome year. The guys they put around us, the guys they’re bringing in, it’s going to glue well.”

Bourne is coming off of his best season as a pro when he caught 49 passes for 667 yards with two touchdowns in 2020 with the San Francisco 49ers. He could see his production increase with the Patriots with an uptick in playing time but expecting a campaign similar to Moss’ 2007 season in New England would be foolhardy.

Taking Moss’ approach would be a smart move by Bourne, however. 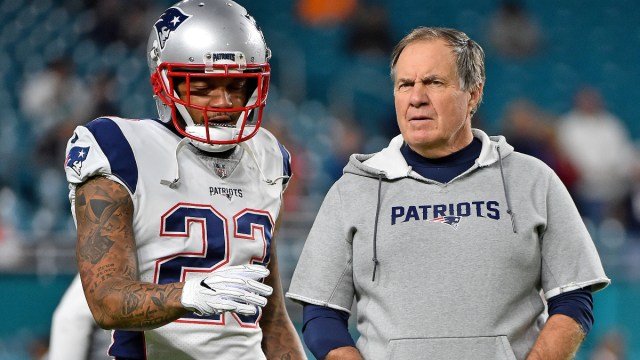 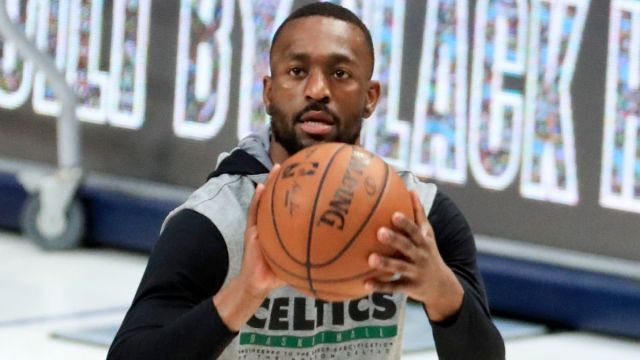 Celtics Injuries: Kemba Walker Among Three Players Out Against Grizzlies