Mac Jones’ arm was the featured attraction at Tuesday’s Alabama pro day, but the quarterback closed out his workout by catching a touchdown pass, not throwing one.

The final play of Jones’ throwing session in front of NFL evaluators was a triple-option trick play, with running back Najee Harris taking a pitch from Jones and then lofting a pass to the QB in the end zone.

The play — straight out of Navy’s option-based playbook — was both a tribute to Jones’ high school coach, Corky Rodgers, who died last year, and a sly nod toward New England Patriots head coach Bill Belichick, who attended the pro day along with Patriots offensive coordinator Josh McDaniels.

“(On Monday), we had a throwing session and I was like, ‘Let?s just run this play,’ ” Jones said in an interview with James Palmer that aired on NFL Network. ?Navy runs it a lot — midline right play. I just wanted to show it to all the coaches that were here. But also, my coach from high school who passed away — the main reason is my coach that passed away last year, he ran the wing-T his whole career, all the way until 2017. I just kind of wanted to do that as a tribute to him, so that was kind of cool.

“There?s more to the story than just that, but it was cool just to get the full-circle moment. … And obviously, I know Belichick loves Navy and stuff, so I showed him that. It’s just all fun and games out here. But I think the moral of the story is just pay tribute to people that have helped you along the way.”

Jones sure knows the way to Belichick’s heart. The Patriots coach’s father, Steve, was a longtime coach and scout at Navy, and Belichick’s adoration for the academy and its football program is well-documented.

Before his lighthearted final reception, Jones spent most of Tuesday attempting to prove to NFL teams that he’s not as statuesque as he’s been portrayed during the pre-draft process. The Alabama QB ran a solid 4.7-second 40-yard dash but does not boast the rushing ability that fellow top prospects Trevor Lawrence, Zach Wilson, Justin Fields and Trey Lance can offer.

“But at the end of the day, I?m a pocket passer, and I?m just going to drop back and let it rip.”

Jones put up video-game numbers in his lone full season as a collegiate starter, leading the nation in completion percentage (77.4 percent) and yards per attempt (11.2) and throwing 41 touchdown passes with four interceptions en route to a national championship.

Though some draft analysts still view him as a fringe first-rounder based on his relative lack of athleticism and favorable setup in Alabama’s loaded offense, Jones has vaulted into the top-five conversation of late, with several reports suggesting the San Francisco are now targeting him at No. 3 after trading up. San Francisco 49ers general manager John Lynch and head coach Kyle Shanahan both attended Tuesday’s pro day.

The Patriots also are in the market for a quarterback of the future, and it was notable that McDaniels joined Belichick at Jones’ workout rather than watching Fields throw at Ohio State. Neither Belichick nor McDaniels attended Lance’s pro day earlier this month, though the Patriots did have a presence at both his and Fields’.

All five of the aforementioned QBs are expected to be selected within the first 10 picks, meaning New England most likely would need to trade up from No. 15 to have a shot at landing any of them. Current Patriots starter Cam Newton is on a team-friendly one-year contract, and backups Jarrett Stidham and Jake Dolegala have zero NFL starts between them. 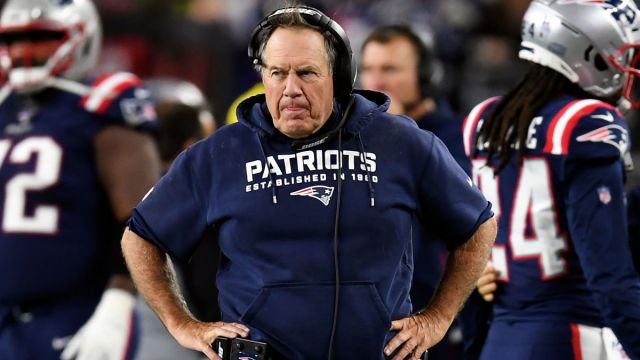 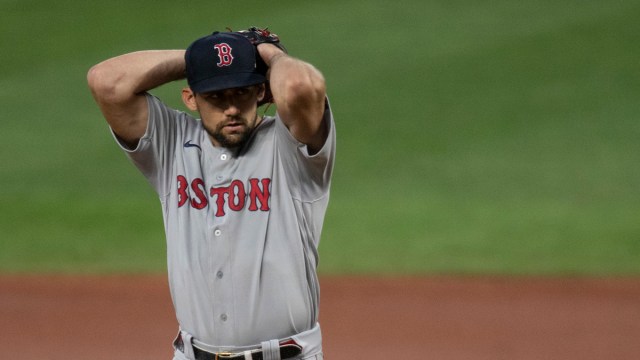