The Boston Celtics got their feet wet ahead of Thursday’s NBA trade deadline, but aside from barely avoiding the luxury tax this season, the team still is facing some financial issues.

They took in Evan Fournier and Luke Kornet from the Orlando Magic, sending Daniel Theis, Jeff Teague and Javonte Green away in a three-team deal that also included the Chicago Bulls.

The move keeps Boston under the luxury tax for this season, and will allow them to avoid the repeater penalty when they inevitably go over it next year. So if the Celtics wanted test out the buyout market to bring someone else in, they’d still need to shed a contract.

Right now, we don’t know what the team plans to do. There are a few directions they could go in, and even reports coming out of this process aren’t providing complete clarity.

“League sources tell The Athletic the Celtics are expected to waive a player, presumably Kornet, and pursue a veteran big on the buyout market,” Jared Weiss reported for the outlet Thursday.

Adam Himmelsbach of The Boston Globe had other intel.

“Was told that the Celtics do not have plans to immediately waive Luke Kornet. With Theis gone and Tristan Thompson still out, they might even need some reinforcements in the short term,” Himmelsbach reported, though he noted the buyout market could turnout a surprise.

“But with the shortened season, the buyout market could get rolling quickly.”

That is, if any of those players want to sign with Boston.

In terms of who is on the market, LaMarcus Aldridge to the Miami Heat seems all but finalized. Really, that just leaves Andre Drummond or bust.

But Boston dealt Theis to improve depth, so we’ll see how — or if — it replaces a big or sticks with what it has for now. 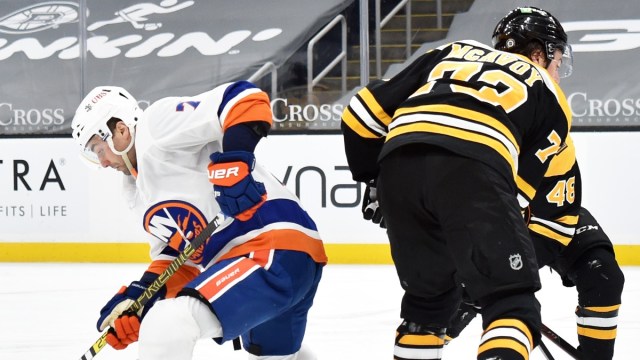 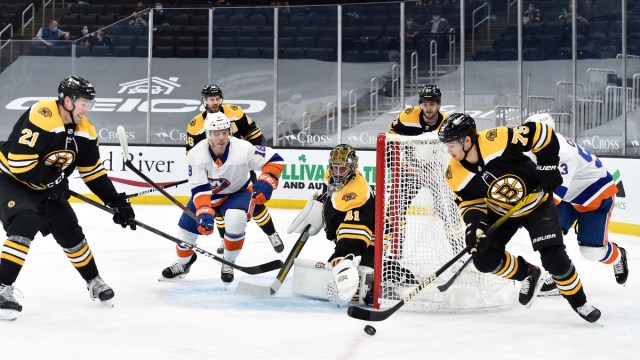