White, a seven-year pro who has spent his entire career in New England to date, officially will hit the open market when the new league year kicks off March 17. Given the Patriots’ current running back situation and their more pressing needs at other positions, White departing Foxboro this offseason seems to be a real possibility.

NFL writer Mike Clay, for one, believes White will latch on with a new team. The ESPN scribe thinks White will be a piece of an active offseason for the Jacksonville Jaguars, who own the No. 1 overall pick in the 2021 NFL Draft.

“…(Trevor) Lawrence is fully expected to be the No. 1 overall pick in April’s draft and will be on the QB1 radar as early as late 2021,” Clay wrote. “Jacksonville’s cap situation will allow them to out-spend most TE-needy teams for (Hunter) Henry. It’s a major need after Tyler Eifert was released and with Josh Oliver next on the depth chart after missing all of 2020 due to a foot injury.

“Florida native (Sammy) Watkins would fill out a solid WR trio, and White (also a Florida native!) is a much-needed passing-down complement to Robinson.”

Tight ends and pass-catching running backs both can be security blankets of sorts for quarterbacks, so it would make sense for the Jaguars to pursue players at both positions this offseason given the expected arrival of Lawrence. Only a handful of quarterbacks in league history entered the NFL with higher expectations than Lawrence, and Jacksonville should do everything in its power to make the Clemson product’s transition to the professional level as smooth as possible.

In addition to his dual-threat abilities, White also would arrive in Jacksonville with championship pedigree and could be a source of veteran leadership. But the Jags still are in rebuilding mode, so White himself might be more interested in being part of a team with legitimate Super Bowl LVI aspirations. 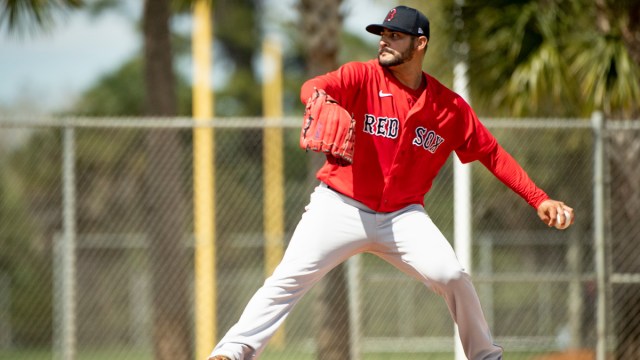