Up next: quarterback Cam Newton.

Analysis: Newton has a “moderate” chance of return if only because there isn’t one single obvious choice for the Patriots to start at quarterback in 2021. There are plenty of available options (Marcus Mariota, Jimmy Garoppolo, Jacoby Brissett, a rookie, Deshaun Watson, etc.), but none seem any more or less likely to be New England’s QB1 than Newton.

It’s completely understandable if the prospect of Newton returning isn’t an exciting one for Patriots fans. He ranked 30th last season in QBR, and New England went 7-8 with him as its starter. There were some positives. Newton was valuable carrying the ball, and he was proficient as a deep passer, ranking sixth in PFF’s adjusted completion percentage metric and 14th in deep passer rating while going 14-of-29 for 414 yards with two touchdowns, an interception and a drop. He was 35th in deep passing percentage, however, receiving few opportunities to actually let loose and throw the ball 20 yards or farther.

Perhaps the strongest case to bring Newton back is the promise that the 2015 MVP would be significantly better with improved weapons around him. Newton had one of the worst arsenals of pass-catchers in the NFL last season. It might sound like an excuse to rationalize his limitations as a passer based on the teammates around him, but weapons do matter. Just ask former Patriots quarterback Tom Brady.

There have been three clear instances when Brady’s pass-catchers significantly improved from one season to the next: 2007, 2014 and 2020.

Look how dramatically his QBR improved in those years:

Notes: Brown was 35 years old in 2006. Gabriel played just 12 games and was actually released by New England before the season ended.

Newton hasn’t had the greatest luck when it comes to receiving options throughout his NFL career. He had wide receivers Steve Smith and Brandon LaFell and tight end Greg Olsen from 2011 to 2013 and running back Christian McCaffrey and wide receivers D.J. Moore and Curtis Samuel in 2018. From 2014 to 2017, during what should have been the prime of Newton’s career, his receivers were lacking.

We did see a significant dropoff in Newton’s QBR between 2013, when he still had Olsen, Smith and LaFell, to 2014, when he was left with Olsen and wide receivers Kelvin Benjamin, Jerricho Cotchery, Corey Brown and Jason Avant.

Here was Newton’s QBR and his pass catchers last season:

So, what would be a reasonable expectation if the Patriots splurged and brought in help at wide receiver and tight end?

The Patriots have over $60 million in salary cap space, and Newton wouldn’t eat into much of that. They could pretty reasonably bring in significant pass-catching help with wide receivers like Allen Robinson, Kenny Golladay, Chris Godwin, Will Fuller, Juju Smith-Schuster, Samuel, Marvin Jones, Corey Davis and Josh Reynolds and tight ends like Hunter Henry, Jonnu Smith, Kyle Rudolph and Gerald Everett hitting free agency. Philadelphia Eagles tight end Zach Ertz could be traded or released, and other veterans could hit the open market with the salary cap dropping.

There’s a major risk in simply hoping Newton will play at his career peak if you add two or three names from that list. He wasn’t good in 2020. He should improve in 2021 with better pass-catchers, but it’s not necessarily a guarantee.

It’s a risk the Patriots must assess when deciding whether or not to entertain the idea of retaining Newton. But using Brady as an example, a quarterback’s play can dramatically improve with better receivers around him. 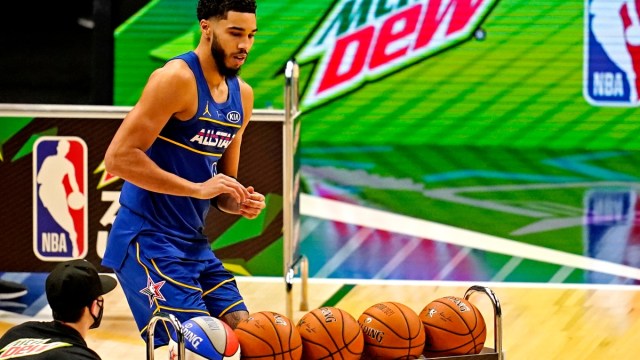 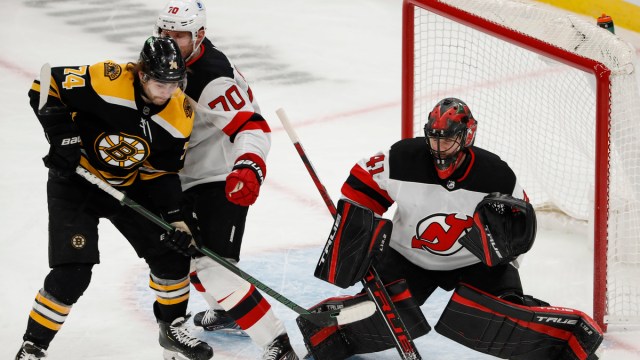