Boston Sports Journal’s Greg Bedard, who recently reported that Garoppolo remains “plan A” for New England at quarterback despite the re-signing of Cam Newton, offered new insight during an appearance Thursday on 98.5 The Sports Hub’s “Felger & Mazz” show. Bedard indicated the Patriots have grown frustrated over San Francisco’s level of engagement in Garoppolo trade talks.

“Basically, the way it’s gone this offseason, there have been talks and the 49ers just won’t engage,” Bedard said. “In the terms that I’ve heard, they’re screwing around and they’re being, like, ‘I don’t wanna do this until we have something.’ … And the Patriots have basically said, “Alright, we’re out, we’re doing something else.’

“They can’t afford to wait around. And, so, I think that’s what the Patriots did. … Now, there is some belief that … the 49ers just release Jimmy. I think there’s a little bit of hope of that. But, again, that’s just hope.”

So, where do things go from here? Who eventually will lead the Patriots’ revamped offense?

Though an acquisition of Garoppolo remains possible, the likelihood is diminishing, as Bedard discussed in a column published Sunday morning for BSJ. According to him, the likeliest scenario at this point is the Patriots entering training camp with Newton and a draft pick competing for the starting quarterback job.

But who could that draft pick be? Obviously NFL Draft talk is a total crapshoot, and all takes should be taken with grains of salt.

That said, one of the top draft experts recently reported the Patriots have significant interest in Ohio State product Justin Fields. Currently slated to select 15th overall, New England probably would need to execute a major trade to put itself in a position to draft Fields. 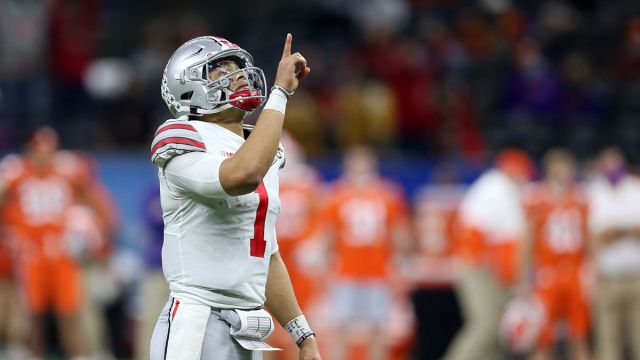 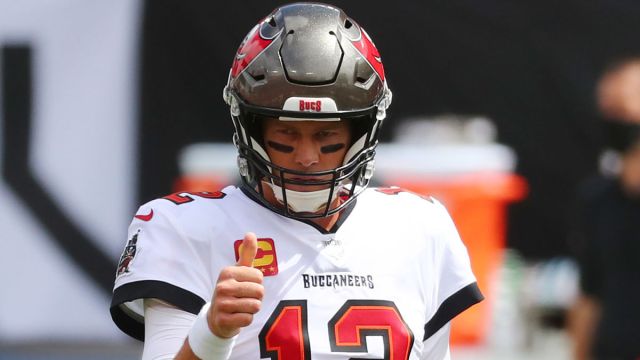