In the coming weeks, NESN.com will profile some of the more noteworthy prospects in the Red Sox system, utilizing insight and analysis from industry experts who know the players best. Next up: Jarren Duran.

It’s hard to not get excited about Jarren Duran, who might be the center fielder of the future for the Boston Red Sox.

Duran has skyrocketed up prospect rankings, both for the Red Sox and for Major League Baseball as a whole, over the last year. However, there still are plenty of reasons to wonder whether the considerable hype surrounding the 24-year-old is justified.

Here’s everything you need to know about Duran, who might be flying around the Fenway Park basepaths in the very near future.

The Red Sox drafted Duran as a second baseman out of Long Beach State in the seventh round (220th overall) of the 2018 draft. Almost immediately, it became clear Boston found a diamond in the rough.

He racked up a .357 average and a .910 OPS across 67 combined games for short-season Lowell and Single-A Greenville in 2018. The next year, he hit .387 over the first two months with High-A Salem before a midseason promotion to Double-A Portland. Duran initially struggled with the Sea Dogs but settled in, eventually finishing with a .250 average and one home run in 82 games.

After overhauling his swing in the offseason, Duran showed up to spring training in 2020 showcasing increased power to all fields. He, like all minor leaguers, saw his 2020 season wiped out by the COVID-19 pandemic.

But Duran excelled at Boston’s alternate spring training site, to the point many wondered whether he would earn a late-season promotion to the big leagues. He played winter ball in Puerto Rico, scuffling at first but later earning playoff MVP honors after hitting .400 in the Caribbean Series.

Scouting report
A year ago, most conversations about Duran centered around his incredible speed and solid contact-hitting skills.

That praise was and remains true: Duran is ridiculously fast. He swiped 70 bags in his first two pro seasons.

“You could hear him run. ? It’s like a horse racing over there,” Suarez told NESN.com.

“He was on base all the time. But he wasn’t on base for long because a base hit in the outfield, I was like, ‘I’m not gonna stop this kid.’ Even if I wanted to stop him, I don’t think he would’ve stopped anyway, because he was that quick.”

But Duran now is viewed as a more complete offensive player, capable of hitting near the top of the order for a major league team. First, he must prove his new swing will translate against more advanced pitching.

“His swing change, we haven’t seen it against MLB-quality pitching or even Triple-A-quality pitching,” SoxProspects.com director of scouting Ian Cundall recently told NESN.com. “Because the Puerto Rico Winter League really is like High-A-ish, Double-A-ish arms.”

Duran’s improvement since his drafting, as well as his strong work ethic, has fueled optimism that he’s the real deal.

“He’s an incredibly strong guy,” Ben Crockett, vice president of player development for the Red Sox, told NESN.com last summer. “He puts a ton of effort into both his strength and conditioning. Every time he goes away he comes back a little bit stronger and a little bit faster.”

And the Red Sox plan to give Duran plenty of run this spring.

“I’m looking forward to him to come here and get some innings, get at-bats,” Cora said at the start of spring training, via MassLive.com. “We’ll push him. Either he starts or he’ll be a backup. He’ll be a guy that will be around us most of the games here because he needs the experience.”

Among the biggest things Duran needs to prove before his promotion is an ability to handle the outfield.

“I think he could passably play (center field) right now,” Cundall said. ” ? He just needs to refine his reads and instincts. I think you could put him out there right now and it wouldn’t go great, but I don’t think it would be a disaster.”

“He’s the fastest human being I’ve seen in a long time.”

Duran plays an exciting game, and his ascension over the last year might be legit. But it’s important to remember we’re not talking about a player considered even a top 25 prospect in baseball.

Cundall, who was hesitant to make the now-popular Ellsbury and Sizemore comparisons: “I think the safer projection right now is that he’s a solid starting outfielder. Someone who, potentially, you’re going to have (grade 70) speed and hits near the bottom of the order. Has some power, has some hit ability, but the defense kind of holds him back a little bit, and he’ll have to go through some slumps, especially against left-handed pitching.”

Duran has all the tools to become an impact player, should he continue his upward trajectory. If he becomes even an average defender, he could be a star in Boston.

“With all the factors combined, we’ve got somebody who can impact the baseball. And I think that’s something we’ll see more and more of,” Crockett said. “I think he’s going to be a really good hitter that uses the entire field.”

“He’ll be a good one for us,” the Sox skipper said.

The Athletic’s Keith Law, in his 2021 top 100 prospects rankings, wrote: “Now that he?s lofting the ball more, and has gotten stronger, he should at least see double digits in homers and more doubles (and triples, thanks to his speed) that will balance out any swing and miss he’s likely to have. We’ll see how well it carries over into games, but it’s enough to change his outlook from someone outside the top 100 in 2020 to on the list now.”

“If you look at someone who’s close to the big leagues with the athleticism he has and the potential hit-power ability, you’d think he’d be higher,” Cundall said. “But it’s just there are a lot of question marks and there still is some risk.”

Fenway forecast
There’s a chance Duran is so good in spring training that he forces his way onto Boston’s Opening Day roster. However, considering his lack of experience at the Double-A level, it’s far more likely the Red Sox take a more conservative approach.

“For a guy who hasn’t played Triple-A ball, that’s a big leap. For a guy who has not been an outfielder until recently, that’s a big leap,” Red Sox chief baseball officer Chaim Bloom said last month, via the Boston Herald’s Jason Mastrodonato. “The progress he’s made over the last couple years shows we probably shouldn’t put anything past him. But it’s certainly not something I think we would want to do because he had a few hot weeks. We’d want to do it if we thought it was really in his best interest in terms of helping him reach his ceiling as quickly as we can get him there.”

Ultimately, Duran’s performance will dictate the speed with which he reaches the majors.

” … I think it shows that the Red Sox are confident in him that they haven’t addressed center field at all.” 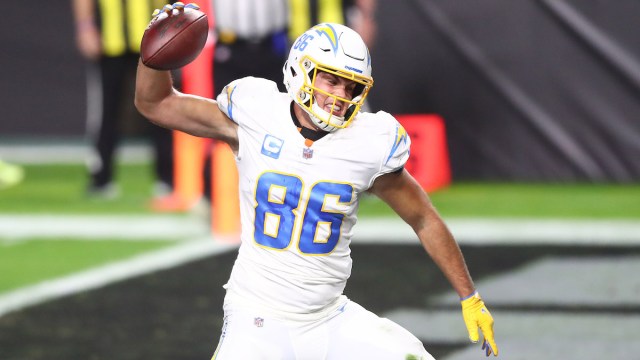 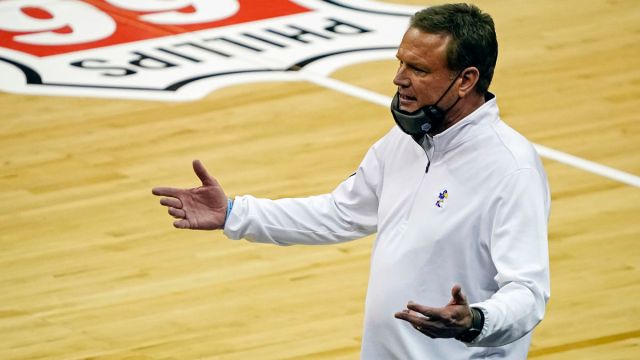