In the coming weeks, NESN.com will profile some of the more noteworthy prospects in the Red Sox system, utilizing insight and analysis from industry experts who know the players best. Next up: Noah Song.

Noah Song might have the most talent and the highest ceiling of any pitcher in the Boston Red Sox farm system. However, he is a 2019 fourth-round pick, currently isn’t playing baseball — he might never play again — and ranks outside the top 10 on most Red Sox prospects list.

And yet, his story is far from a sad one. Rather, it’s just different.

Song was ordered to report to Navy Flight School last June and isn’t eligible to return to baseball until May, if he decides to return at all. We’ll dive deeper into that in a bit.

The 23-year-old is a hard-throwing right-hander who possesses a ton of talent. In fact, had he not gone to flight school, Song might be near the top of the organization’s prospect rankings.

“If he was in the system this year and pitching normally, he’d be top five,” SoxProspects.com director of scouting Ian Cundall recently told NESN.com. “And you could make a case he’s the top pitching prospect in the system — his stuff is just that good.”

Song is a particularly unique Red Sox prospect. Here’s everything you need to know about him.

His story
Song, a four-year starter at the Naval Academy, often is regarded as the best pitcher in school history.

A 2019 Golden Spikes Award finalist, Song led NCAA Division I in strikeouts per nine innings (15.4, the sixth-highest rate in D-I history) that year. Selected 137th overall, Song, who signed for $100,000, is the highest-drafted player in Navy history.

But the California native likely would’ve been drafted in the first round had it not been for the uncertainty surrounding his two-year military commitment.

Song dominated in his professional debut in 2019, posting a 1.06 ERA, 0.88 WHIP and 19 strikeouts over seven starts (17 innings) with short-season Lowell. He was even better in November of that year with Team USA at the Premier 12 tournament, with some insisting he was the most impressive player in the group.

Around the same time, Song applied for a waiver of his service commitment. His status was in limbo for months, with Song in April reversing course before reporting to flight school in June. He can’t petition for an early release until May, and there currently is no word on whether he even will apply.

(You can read this Boston Globe story for even more information on Song’s complicated situation.)

His fastball sits in the upper-90s, occasionally touching 99 mph. His slider is considered above average, with his changeup not far behind. Song’s curveball is a work in progress.

The development of Song’s changeup, as well as his overall package, fueled a late-2019 rise up the organization’s prospect rankings.

“He came out of Lowell that first year and it was remarkable,” Cundall said. ” ? He came out and he was throwing 98-99 with a potential above-average slider. And then this was the biggest thing: He didn’t really throw his changeup in college. ? That was something he really took a step forward (with) and impressed the scouts I talked to. ? It looked like a potential above-average pitch.

Added Cundall: “You’re talking about a guy with three pitches. Strong, another guy who throws a ton of strikes. Really athletic. (Strong) work ethic. ? The make-up grade is off the charts, which shouldn’t really come as a surprise.”

Ben Crockett, vice president of player development with the Red Sox, was similarly impressed with Song’s first year in the system.

“Really impressive first full season,” he told NESN.com last year. “Showed a quality three-pitch mix. Good feel for the slider, good feel for the changeup and, obviously, big velocity on the fastball, particularly when he was throwing out of the bullpen for Team USA.”

Whether Song’s stuff is diminished upon his potential return to baseball is anyone’s guess.

“The make-up grade is off the charts, which shouldn’t really come as a surprise.”

This feels like a safe projection, should Song eventually resume his baseball career.

However, a year- to two-year layoff is no joke. It’s entirely possible that Song, despite his work ethic, sees a decrease in velocity, command and overall stuff. Should that happen, a floor below that of a back-end starter or even quality reliever certainly is possible.

“The tools are all there,” Cundall said. ” ? It’s just a question mark of we don’t know when he’s coming back.”

MLB Pipeline, which has Song 14th on its Red Sox prospects list, said this: “Song uses his 6-foot-4 frame and high three-quarters slot to create downhill plane on his pitches. He doesn’t feature much effort in his delivery and throws strikes, though some evaluators quibble with his arm action and whether he’ll ever have better than average command.”

He could be that good.

MLB Pipeline, SoxProspects and Keith Law of The Athletic all agree: Song, all things being equal, probably is the Red Sox’s top pitching prospect.

If he returns to baseball, picks up where he left off and continues his once-upward trajectory, he could be special.

“The upside is immense,” Cundall said. ” … I like Song’s stuff better than (Jay) Groome.

“Has the potential to develop into a number three or four starter. Canceled 2020 minor league season, plus clarity with regards to his situation with the Navy, give him a better chance of reaching his potential relative to his peers. There is still a non-zero chance he doesn’t return to baseball or returns with diminished stuff having not pitched in so long, and therefore his floor is much lower than that of a typical prospect with his talent. Strong pitchability, already showing the makings of a four-pitch mix, with three showing above-average potential. Outstanding makeup, strong work ethic. Type of person every organization strives to have. If he returns from his Naval service with the same stuff he showed in Lowell in 2019, he could move quickly as long as he can build up his stamina.”

Fenway forecast
This is nearly impossible to predict.

Song might never play professional baseball again. He’s flying aircraft in the military, after all — kind of a call career.

But, for the sake of conversation, let’s say he resumes his baseball career in 2022 and more or less is the same player. In that scenario, he probably wouldn’t be in Boston until mid-2023 at the earliest. 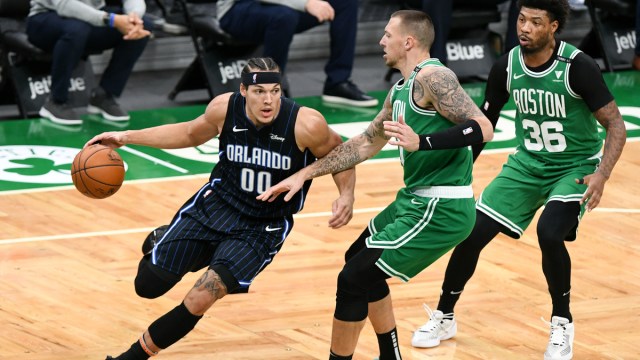 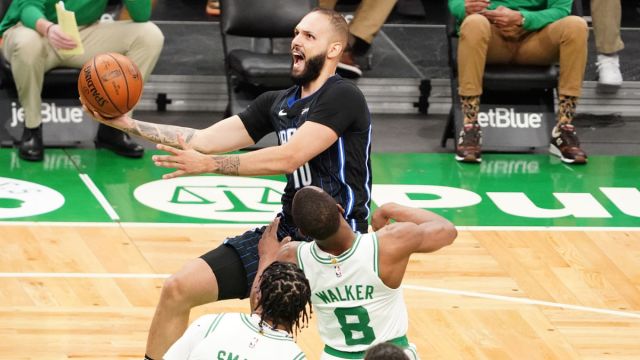