Speaking with reporters for the first time since the Patriots stumbled to a 7-9 record in Year 1 of the post-Brady era, Kraft addressed the team’s quarterback play in 2020 and its need for a plan moving forward.

He believes Brady’s replacement, Cam Newton, was hampered by a poor supporting cast and an early-October COVID-19 diagnosis that sidelined him for two weeks. And he’s not ready to give up on 2019 fourth-round pick Jarrett Stidham just yet.

?At this point in time, we?re trying to do what the best thing for us is,” the Patriots’ team owner said Wednesday on a conference call. “I think, in fairness to Cam, I?m not sure he had the proper weapons around him last year, and then he got COVID and there were a lot of things that happened. And I don?t know that Jarrett has ever really got a fair shot, so we have to wait and see what happens. And we still have the draft, so there are a lot of things that can occur.”

Newton, who signed three months into free agency last offseason, was a productive rusher for the Patriots (592 yards, 12 touchdowns) but threw more interceptions (10) than touchdown passes (eight, three of which came in Week 17) and was benched three times. He re-signed with New England last month on a one-year contract that will pay him backup-level money unless he earns Pro Bowl or All-Pro honors or the Patriots reach the playoffs with him as the starter.

The Patriots were 2-1 when Newton landed on the reserve/COVID list, with wins over the Miami Dolphins and Las Vegas Raiders and a last-second road loss to the Seattle Seahawks. They proceeded to lose their next four games — including one started by Brian Hoyer — and never climbed back above .500.

“I really do believe that Cam getting COVID and what it did to the team, it changed a lot when we were in a good place,” said Kraft, who said it felt “horrible” to watch his team finish with its worst record since 2000.

Asked whether he would be comfortable entering the season with Newton as the team’s top option at QB, Kraft deferred to head coach Bill Belichick.

?Look, Cam is a terrific guy,” Kraft said. “I really enjoyed getting to know him last year. I?ll tell you this: Players on the team, in the locker room really love the guy. So in the end, I trust Coach Belichick?s ability to build a team and put the right players in the best position to succeed. Over the last couple decades, he?s done OK. When I?m privileged to have good managers ? we give those people autonomy, and we let them do their thing.”

As for Stidham, he’s now two years into his Patriots career and has yet to make his first NFL start. The 24-year-old Auburn product made five appearances in relief last season, failing to crack the starting lineup even as Newton struggled and New England was eliminated from playoff contention. Playing mostly in the fourth quarter in blowouts, Stidham completed 22 of 44 passes for 256 yards and two touchdowns with three interceptions.

Kraft spoke highly of Stidham, praising him for organizing a recent series of offseason throwing sessions with Patriots pass-catchers in California dubbed “Pats West.” More than a half-dozen wide receivers and tight ends attended, as did Newton.

“I think he’s a great young man, and I know that he’s eager to compete and look for an opportunity to play,” Kraft said. “One thing I like is he showed great initiative in putting these workouts together on his own out in California. I don’t know how public that is — if you follow him on social media, I guess you can see it — but a bunch of the guys went out there and did that. And I’m not sure he’s really been tested. I’m a big fan of his.”

Stidham will get another chance to compete for the starting job this summer. But the Patriots likely are not done adding at the quarterback position and could use a high draft pick on one next month. They might need to trade up to have a shot at Justin Fields, Trey Lance or Mac Jones but could reasonably do so after addressing nearly all of their immediate needs through free agency.

?We all know long-term we have to find a way, either Jarrett Stidham or someone new we bring in,” Kraft said. “But this isn?t something where you get algebraic formulas. Think of all the personnel whizzes who passed for six rounds on Tom Brady in 2000. No one knows what?s going to happen, so we had to balance everything.

“Look, the quarterback is the most important position on the team. We know that. He touches the ball over 70 times a (game), so one way or another, we have to get that position solidified.” 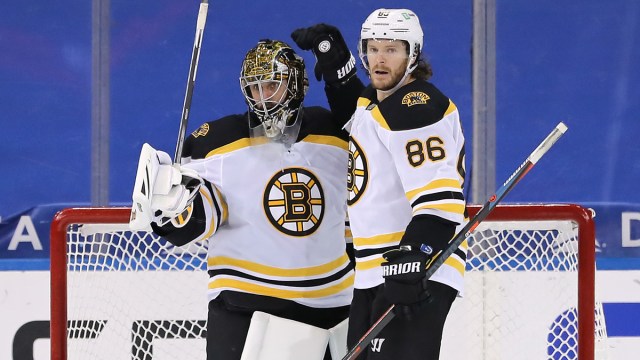 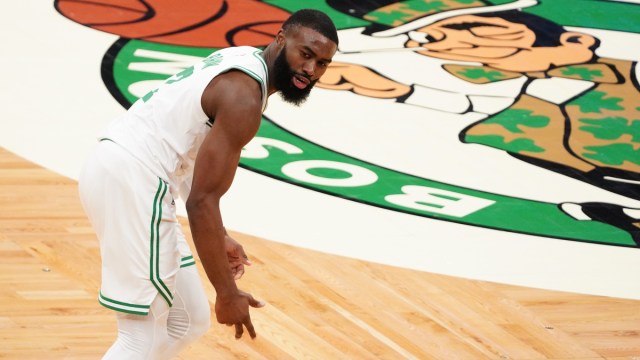