After a two-year stint in the AFC West, Trent Brown is back with the New England Patriots.

And he couldn’t be happier.

In a video conference Wednesday, the gargantuan offensive tackle explained why things didn’t work for him with the Las Vegas Raiders and why he’s so excited to return to Foxboro.

“Honestly, I just felt like ever since I left (New England after the 2018 season), nothing has gone right for me,” Brown said. “I’ve been experiencing little small nagging injuries. I’ve had to experience a lot of time without ball. And I wasn’t really feeling the place of work, I guess you could say.

“No hard feelings to them or anything, but I guess you could just say it wasn’t a good fit, and I felt like I wanted to be back somewhere where I — I’ve worn a lot of jerseys in my life, but I’ve never been more proud than when I put on the Patriots jersey.”

Brown was New England’s top left tackle in 2018, starting every game for a Patriots team that won Super Bowl LIII. He parlayed that success into a four-year, $66 million contract with the Raiders and initially was a valuable addition to Jon Gruden’s club, making the Pro Bowl as a right tackle in 2019.

But a combo of injuries, a prolonged stint on the COVID-19 list and a frightening IV mishap that left him hospitalized limited Brown to five games last season while questions about his weight and work ethic emerged. Ultimately, the Raiders traded him back to New England to clear salary cap space, with Brown agreeing to a reduced one-year contract worth up to $11 million as part of the swap. (Per the terms of that deal, the 6-foot-8 Brown can earn a $500,000 bonus if he keeps his weight below 380 pounds, which he said he currently is under.)

Brown immediately celebrated the move on social media, posting a photo of himself at the Patriots’ Super Bowl LIII parade with the caption: “I LOVE IT HERE.”

“When I became a Patriot — I’ve always loved football, but I think I began to appreciate what it takes,” Brown said Wednesday. “Like, the actual time and effort and sacrifices you have to make. And really, it was fun to me. Some people don’t like it (in New England), but I loved it, honestly. I just think it’s where I need to be. I’m happy. I’m happy with the organization. I was happiest when I was there. I’ve never had more fun playing football in my life. So I’m glad to be back.”

What exactly inspired Brown’s affinity for the Patriots organization?

“I think it was the first time where (a team) just let me be me,” he replied. “I wasn’t just being, like, harassed, I guess. They let me be me. They weren’t trying to make me be somebody I’m not on a day-to-day basis. They allowed me to be me as long as I came to work and put my best foot forward. And that was really it. The kind of guys — there’s no egos in the locker room, like I always said last time — but the kind of guys that are in the locker room, as well as the coaching staff, you have no choice but to be a better man than when you walk in the door when you leave every day.”

Brown no longer will be working under retired offensive line coach Dante Scarnecchia, with whom he developed a close bond in 2018, and alongside left guard Joe Thuney, who left the Patriots last week for a five-year, $80 million contract with the Kansas City Chiefs. Much of the New England O-line he left remains intact, though, with center David Andrews re-signing and center/guard Ted Karras returning after one season in Miami.

It hasn’t been confirmed which position Brown will play this season — his dream, he said, is to follow around the opponent’s top pass rusher — but his most likely role is at right tackle. That would shift 2020 standout rookie Mike Onwenu to Thuney’s old left guard post and keep Isaiah Wynn (whose preseason injury in 2018 opened a spot for Brown) at left tackle.

The Patriots’ O-line as a whole currently looks like one of the NFL’s deepest and most talented units.

“I feel like we can play smashmouth football, and we can play a finesse game, too,” Brown said. “We’re definitely built to run the ball. I think we’ve got a pretty much all-around offense — a talented offense.” 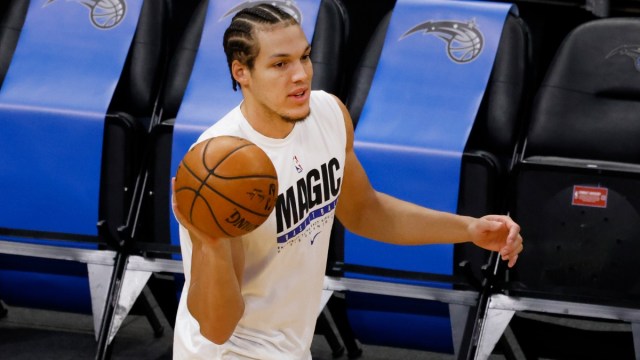