Why You Should Make Note Of Red Sox Lineup Friday Vs. Rays Skip to content

We will concede that making sweeping judgements on March 5 about what the Opening Day lineup will look like for the Boston Red Sox is silly.

The Sox are set to play a seven-inning game against the Tampa Bay Rays on Friday, with Eduardo Rodriguez set to pitch in his first Grapefruit League game of the season.

So, what to take from that? A few things.

— Alex Cora indicated that Verdugo absolutely would hit either first or second in the lineup. Verdugo said that hitting leadoff last season did take some getting used to, but he did come around on it.

If Hernandez is in the lineup, it seems like Verdugo will be better suited as the No. 2 hitter.

— Figuring out the 3-5 spots in the order could get tricky. Ordinarily, Xander Bogaerts would be in the lineup. That begs the question of how imperative it is for Devers to hit cleanup, because then Bogaerts and Martinez are left to hit third and fifth. For our money, a Martinez-Devers-Bogaerts order might make the most sense.

— Christian Vazquez’s bat has come around the last few seasons, but it does seem like the Red Sox view him as a bottom of the order bat because of how much power there is in the top half. The same thing could go for Renfroe and Gonzalez.

Allow us to explain.

With the way he’s played so far, the starting first base job is Bobby Dalbec’s to lose. He absolutely rakes, but if the 3-through-5 spots already are locked in, then he probably should be hitting sixth or seventh.

If Gonzalez and Renfroe effectively platoon, then Dalbec should hit sixth when Gonzalez plays and seventh when Renfroe plays.

— If this tells us anything, it’s that there really is an absurd amount of versatility in this lineup. Remember, Franchy Cordero is a candidate to start in left field, and he hasn’t even played yet. The Red Sox could have games this season where Gonzalez, Renfroe, Arroyo (and/or) Michael Chavis and Kevin Plawecki all are on the bench. That’s potentially tremendous depth. 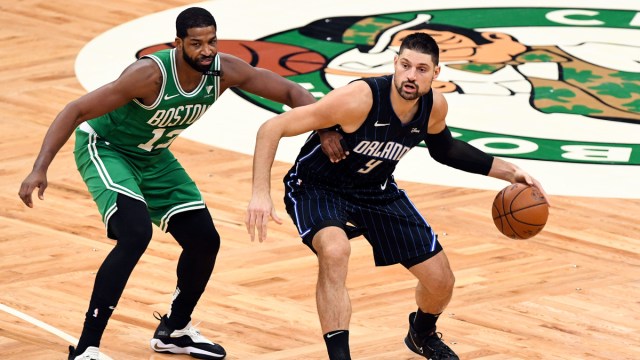 Nikola Vucevic Trade Would Be Great For Celtics, But Cost Is Prohibitive 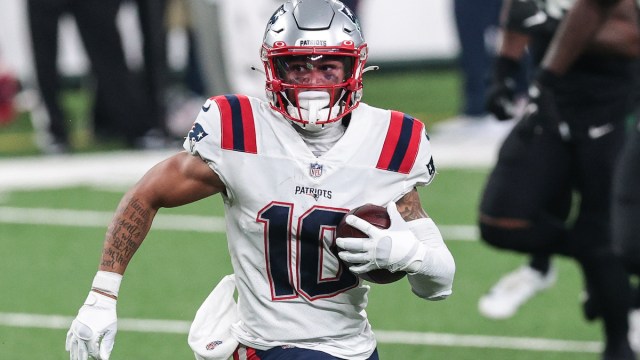