The Boston Red Sox haven’t had much luck from the leadoff spot this season, but Alex Cora seems to want to stick with Kiké Hernandez.

Hernandez isn’t in Boston’s lineup to begin Game 2 of its series against the Texas Rangers on Friday night at Globe Life Park as the Red Sox look to get back in the win column.

The outfielder is batting .230 in 23 games, but has gone just 5-for-33 over his last eight games. Still, Cora is sticking with Hernandez at the top of the order.

“No, we’re good,” Cora told reporters. “One of the things he has to do is actually get on base against lefties.

“The last few days, he’s done a good job not swinging at bad pitches but they haven’t been called bad pitches,” he added. “So we like the fact that he?s controlling a little bit of the strike zone. He went the other way in New York. Just keep pushing. We saw it in spring training. He was able to hit line drives and control the strike zone. Right now, it?s been on and off. But we feel comfortable with that.”

The leadoff spot has been a tricky one for the Red Sox since 2019, but Cora is going to try to challenge Hernandez any way he can.

“We’ll keep pushing. We?ll keep putting pressure on him,” Cora told reporters. “I should actually challenge him (Saturday). ‘You better get on base. If not, you’re going to start hitting ninth.’ And maybe that works.”

This isn’t the first time Cora has challenged Hernandez, either.

We will see if this ends up working this weekend. 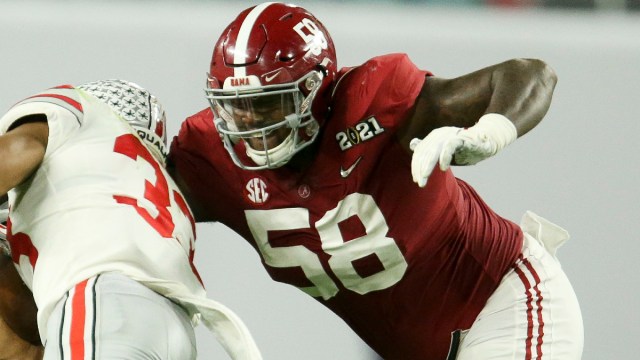 Patriots Trade Up For Alabama’s Christian Barmore In Second Round 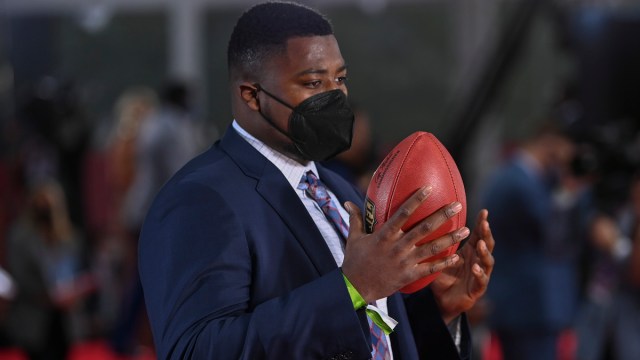