We’re not breaking any news by saying New England Patriots head coach and general manger Bill Belichick has had a few misfires in recent NFL Drafts.

Sure, Belichick selected Richard Seymour back in the day, got lucky with Tom Brady and there was a time not too long ago he drafted both Devin McCourty and Rob Gronkowski with consecutive picks. He also found 2015 fourth-rounder Shaq Mason, 2016 third-rounder Joe Thuney and 2020 sixth-rounder Michael Onwenu, so there have been some highlights.

Well, NFL analyst Gregg Rosenthal made sure to bring up those past misfires for a number of NFL general managers (not only Belichick) while ranking GMs on their work specifically tied to the NFL Draft. As Rosenthal noted, it’s somewhat of a self-serving group as those who really, really consistently missed likely have lost their jobs.

However, Rosenthal went back to 2015 to rank 23 general managers. (Nine were not included as they had only run one draft class or less.)

Belichick ranked No. 18 out of 23 on that list. Former Patriot defensive end Trey Flowers, a 2015 fourth-rounder, was mentioned as Belichick’s best pick while a generic label of “second-round DBs” were graded as his worst. Again, this exercise only went back to 2015, which doesn’t do Belichick any favors.

Picking low or not picking at all in the first round (2016, 2017 and 2020) hasn’t helped, but the Patriots’ recent draft record is abysmal. The struggle to find useful players, especially in 2016 and ’17, helps explain their desperation in free agency this year. Even the few mid-round steals the Patriots have uncovered (Trey Flowers, Joe Thuney, Shaq Mason) are far in the rearview mirror. Belichick’s tendency to draft surprise second-round defensive backs (Jordan Richards, Cyrus Jones, Duke Dawson and JoeJuan Williams) has led to very little production, before safety Kyle Dugger arrived last year. It’s not as if the Pats’ lack of star power in recent drafts was evened out by quality role players. That makes the swings and misses (taking receiver N’Keal Harry when A.J. Brown and Deebo Samuel were available) more noticeable.

NESN.com’s Doug Kyed’s recently conducted an exercise examining if the Patriots’ perceived draft struggles were accurate. He found, from 2016 to 2020, the Patriots rank 26th in Value Rate and 24th in Value Vs. Expected Rate, a few metrics he fully explained. Essentially it depicts that Belichick’s drafts in recent years, almost the exact timeline Rosenthal is using, have suffered from a lack of quality picks.

So, while it is fair for Rosenthal to have Belichick where he is, there’s also optimism inside the confines of Gillette Stadium that things will be different with the 2021 NFL Draft just under two weeks away.

Patriots owner Robert Kraft expressed how he has seen a “different approach” this year. Belichick responded to that with his usual Belichick speak expressing how the organization, as a whole, is always trying to improve on everything.

So, maybe Belichick can climb Rosenthal’s rankings if/when the analyst does this exercise again down the line? Patriots fans certainly hope so. 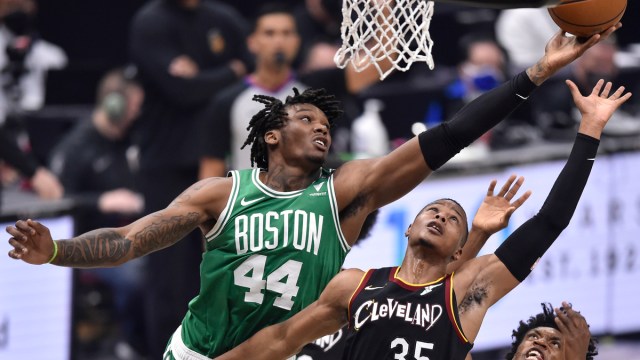