It’s been a while since the Boston Bruins were fully healthy, but they appear to be inching closer to a complete roster.

The Bruins have been without Brandon Carlo (upper-body), Matt Grzelcyk (upper-body) and Kevan Miller (undisclosed) as they hang on to the fourth and final playoff spot in the East Division.

Miller missed six weeks with issues related to his knee, but the ailment he’s facing now is something new. The defenseman will miss his second straight game Friday night.

“He’s day to day,” head coach Bruce Cassidy told reporters. “It’s not related to his previous injury, not COVID. Just something that came up that unfortunately has kept him out of the lineup. See where he’s at (Saturday).”

As for Grzelcyk, who’s had a string of bad luck when it comes to injuries this year, he could return to game action Sunday.

“Grizz skated the other day, so he’s progressing,” Cassidy said. “If he’s with the group (Saturday), (he) would have a chance for Sunday.”

Carlo remains week-to-week with an upper-body injury that isn’t related to the concussion he sustained in early March.

The Bruins and New York Islanders hit the ice at TD Garden on Friday night at 7 p.m. ET. 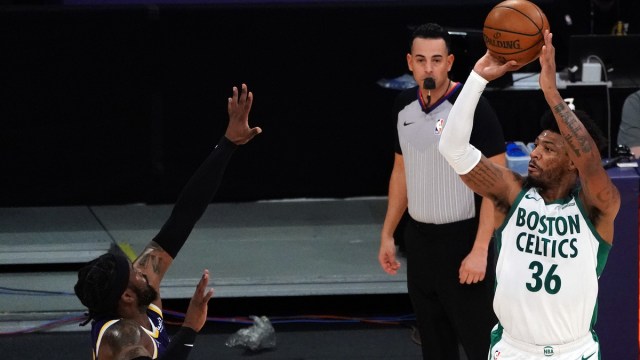