Bruins Notes: Taylor Hall Did Exactly What Boston Brought Him In For Skip to content

Taylor Hall didn’t need to wait very long to score his first goal as a member of the Boston Bruins, so he didn’t necessarily have a monkey on his back.

He did, however, help the Bruins finally beat the New York Islanders on Thursday night with his first goal since being acquired by the Black and Gold.

Hall showcased exactly why the Bruins traded for him, and Bruce Cassidy has liked what he’s seen from the forward.

“I’m happy for Taylor, he made a nice power move to the net,” Cassidy said. “Most goal scorers, especially ones that aren’t doing it as much as they’d like, when they get one it excites them. His second effort on the pucks and buying into that sort of game … they generated a lot, made some good plays. … I thought overall he had a nice game. … He’s a talent, he’s gonna be on one of the (power play) units. But overall, I think he feels good about his game. … When he walked off it was, ‘hey you helped us win. That’s what we brought you in for, to help us win.”

For Hall, he knows there’s still plenty of hockey to be played despite his strong game Thursday night.

“It’s great,” he said. “It’s nice to see a goal go in. It’s one goal, there’s a lot of games left. I scored (in) the first game as a Sabre then went on a drought after that. So, it’s important to be consistent.”

Hall has been solid for the Bruins in his two games with them, and has a chance to continue to show just why he was traded for Friday night against the Islanders once again.

Here are some other notes from Thursday’s Bruins-Islanders game:

— Tuukka Rask earned his 300th win between the pipes. He had been sitting on No. 299 for a while, and his recent injury hindered him reaching that milestone.

But the goalie finally locked it up.

“I’ve been fortunate enough to play for a really good team throughout my career so that helps a lot,” Rask said. “We’ve had some great defenses throughout the years, and I’m just happy to be part of that.”

— Craig Smith continued his hot streak with his 16th point in 14 games with his power play goal in the first period.

— The Bruins have struggled mightily against the Islanders this season, but they finally got their first win against New York.

“We started on time,” Cassidy said. “Nice to see us be ready to play. Good solid game. We didn’t let our foot off the gas. I liked our game all around. There were no passengers tonight.”

— The Bruins can make it two straight against the Isles on Friday night at 7 p.m. ET. 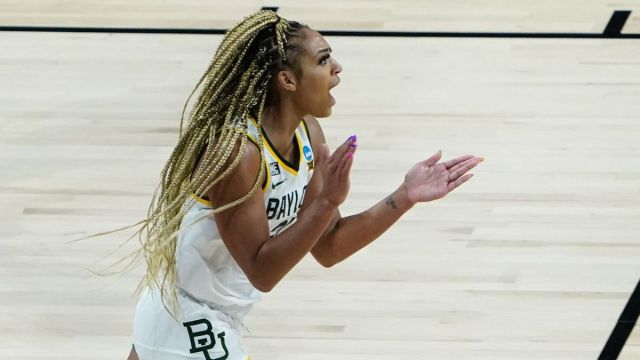 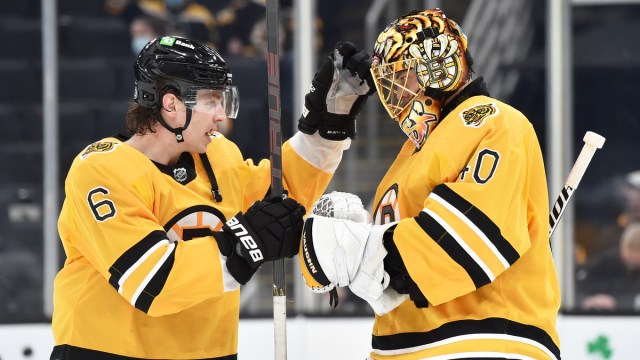