The Boston Bruins picked up another two points Thursday night.

The Bruins beat the Sabres 5-2 at TD Garden in a game that got away from Buffalo in the third. Boston pulled out the W and now is six points ahead of the fifth-place New York Rangers in the East Division standings.

Tuukka Rask was solid for the Bruins with 29 stops. On the other end of the ice, Ukko-Pekka Luukkonen made 35 saves for the Sabres.

B’S UP AFTER ONE
Pastrnak got it going for Boston just 1:16 after the puck dropped.

It started when Marchand backhanded a pass through Middlestadt’s legs over to Patrice Bergeron who fed the puck to Pastrnak for the one-timer by Luukkonen for the 1-0 lead.

Turnovers eventually cost the Bruins when the Sabres tied it up with 5:51 left in the period. Pastrnak kicked a pass off the boards into the defensive zone that resulted in Middlestadt beating Rask.

It looked as if the period would end in a tie, but Krejci scored on the power play as time expired.

With the Bruins on the power play, Charlie McAvoy had a slick no-look pass to a waiting and ready Krejci to rip it by Luukkonen to make it 2-1 as the horn sounded.

RASK COMES UP BIG
A nice glove save from Rask at the end of the Sabres’ power play denied Rasmus Ristolainen to keep the Bruins’ one-goal lead in check.

Another Rask save with three minutes left helped keep that 2-1 lead before the period ended.

Boston did have some chances, but it was its goalie who shined and kept his team ahead.

The Bruins outshot the Sabres 28-22 through two.

B’S WIN IT
Reinhart continued to be a thorn in the Bruins’ side and tied the game at 2-2 just 1:43 in the third when Victor Olofsson got the puck from McAvoy and over to Reinhart for the goal.

It was his fifth goal against the B’s this season.

Coyle couldn’t have ended his 28-game scoreless drought at a better time, as the center stripped Reinhart of the puck and wristed the puck into the net to make it 3-2 with 12 minutes to go.

Hall added some insurance with just over three minutes left in the game to make it 4-2 before Marchand picked up a shorthanded, empty-netter to give the Bruins a comfortable 5-2 lead.

And that’s how the Bruins made it two straight.

UP NEXT
The Bruins have another game against the Sabres on Saturday afternoon. Puck drop from TD Garden is set for 1 p.m. ET.

Looking For Spot To Safely Catch Bruins Action? Check Out Sons Of Boston 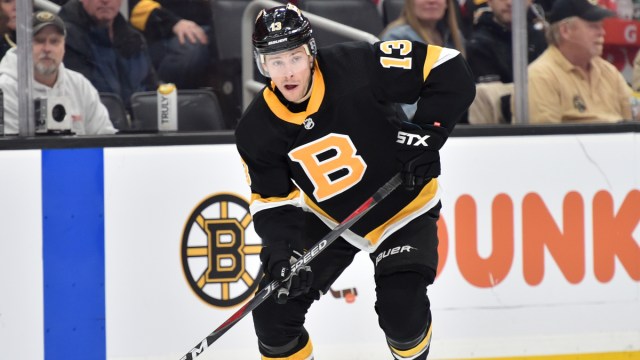 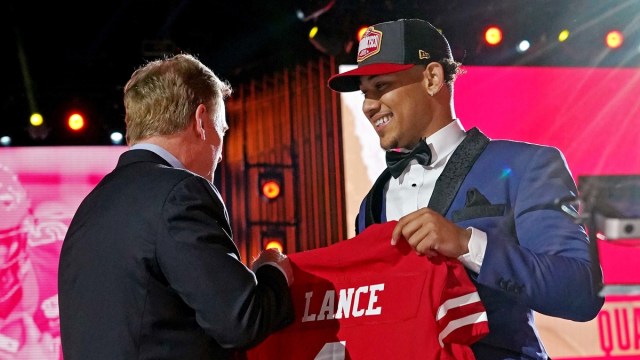