Jaylen Brown is expected to play when the Boston Celtics take the floor against the Charlotte Hornets on Sunday at TD Garden.

Brown was upgraded to “available” after being listed as questionable Saturday due to a left knee contusion. His injury designation comes after the All-Star wing exited Boston’s game against the Houston Rockets on Friday after going knee-to-knee with DJ Augustin.

“I haven’t been told anything other than that he’s playing thus far,” Celtics head coach Brad Stevens told reporters during his video press conference before Sunday’s tipoff at 6 p.m. ET.

“I don’t think he’s been out on the court yet, but he came in, got treatment, seems to feel good. So, I don’t have an update that says he wouldn’t play.”

Romeo Langford, who has not yet played in a game this season due to both a lingering wrist injury and COVID-19 protocols, will be available for the first time, as well.

“Romeo will be available, but he’s not ready for anything significant. So, he might get a stint or two we’ll see how the game goes, we’ll try to ramp him up as much as we can in games and in practice over the next couple weeks, but I don’t have expectations on him for a couple of weeks.”

Tristan Thompson and Semi Ojeleye will not play once again after being ruled out Saturday. 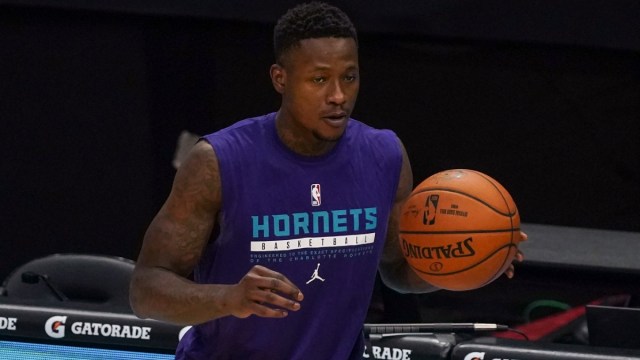