Jayson Tatum reached another level Friday night at TD Garden against the San Antonio Spurs, and it ultimately helped the Boston Celtics to an insane 143-140 comeback win in overtime.

The Celtics trailed by as many as 32 points during the second quarter. They trailed by 29 points at the half and 13 points entering the fourth. They were not good for the first 30 or so minutes in a 48-minute game (though they played more). It was the perfect snapshot of the 2020-21 edition of the Celtics.

And then Tatum, who scored a career-high 60 points, erased it all. Notably, he was 20-for-37 from the field with eight rebounds and five assists.

The All-Star wing scored 21 points in the fourth quarter after recording 24 in the first half. He led the way as Boston not only erased that once insane deficit, but ultimately helped the Celtics take a lead on numerous occasions in the fourth.

Jaylen Brown chipped in 17 points including a monumental 3-pointer in overtime. It did, however, come on a night he shot 5-for-24 from the field. Aaron Nesmith had a second consecutive impressive performance with 16 points on 7-for-9 from the field.

HORRIBLE START
The Celtics got off to a rather abysmal start in large part because they couldn’t score the basketball.

The Spurs continued to add to it, building a 37-12 advantage with less than one minute left in the quarter. San Antonio ultimately took a 39-16 lead after the first quarter.

Tatum, rather incredibly, scored 14 of the Celtics’ 16 first-quarter points. He was 6-for-9 from the field while everyone else was 1-for-13 from the floor.

STILL BRUTAL
The second quarter wasn’t much better for Boston as San Antonio maintained its 25-point lead, 53-28, four minutes into the quarter.

And the Spurs, again, continued to extend it. San Antonio held a 65-33 lead with four minutes left in the first half.

Grant Williams scored eight points in the second quarter while Brown scored four. Besides that, though, there were very little highlights for the Celtics as Boston went into halftime trailing 77-48.

The C’s shot 35% from the field while the Spurs shot 71%. And no, you didn’t read that incorrectly.

MAKING A COMEBACK?
Boston cut its deficit to 90-65 after a Tatum 3-pointer five minutes into the third.

Fournier scored five straight points to get the deficit below 20 points, 93-75, with 5:11 left in the quarter. It perhaps was the first sign of life the Celtics had showed all night. And then Boston further cut the San Antonio lead with a 13-3 run late in the quarter.

All told, the Celtics faced a 103-90 deficit heading into the final 12 minutes.

ALL THE WAY BACK (!!)
The Celtics did Celtics things yet again, allowing an opponent to get out to what felt like an insurmountable lead only to storm all the way back.

Ultimately, it was a 21-7 run during a four-minute stretch in the fourth, which was capped with a 3-pointer by Smart, to tie the game 116-all with 5:36 left.

Aaron Nesmith tied the game up again, 124-all, with under a minute remaining on a hustle play and finish in the paint.

Tatum gave the Celtics their first lead since the opening minutes of the game, 127-126, with a 3-pointer on the following possession. That bucket gave him 20 points in the fourth quarter alone.

Tatum had a great chance at a game-winning bucket with the time expiring, but missed a turnaround off the front rim.

TATUM TIME
Tatum scored a career-high 54 points on a tough shot in the paint to put the Celtics up 134-132 with 1:21 remaining in the extra period.

Nesmith came up with a steal on the other end and Tatum iced the game which led to a pay of free throws. Tatum hit another pair of free throws after the Spurs had again cut it to one.

PLAY OF THE GAME
TATUM!

UP NEXT
The Celtics welcome the Portland Trail Blazers to TD Garden on Sunday at 7:30 p.m ET. 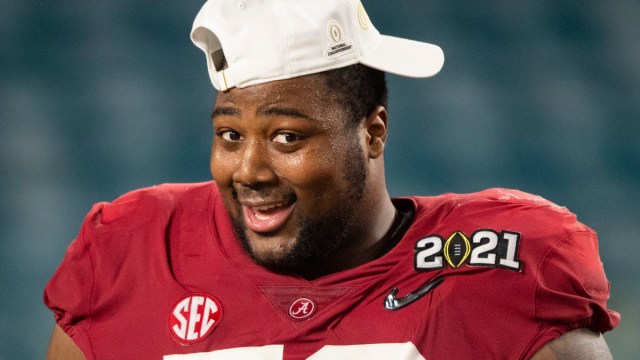 Christian Barmore Had Great Reason For Rooting For Patriots As Kid 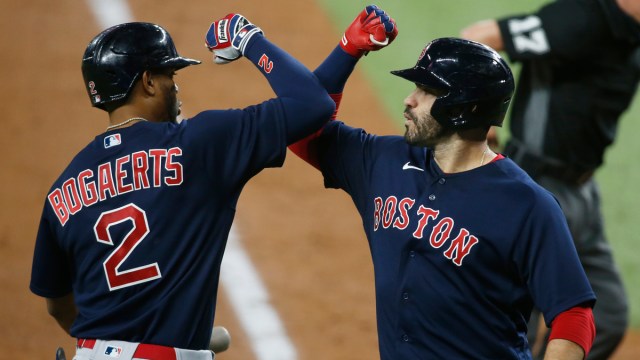