Not only did he rank Zach Wilson as the best QB available, ahead of projected first overall pick Trevor Lawrence. Simms, a former NFL quarterback and current NBC analyst, also placed Kellen Mond at No. 4, a spot behind Mac Jones but in front of both Justin Fields and Trey Lance.

This, of course, runs counter to most mock drafts, which have Lawrence, Wilson, Jones, Fields and Lance as the top quarterbacks, with Mond, among others, falling into the second tier of signal-callers.

It also begs the question: Could the New England Patriots target Mond, a four-year starter at Texas A&M who mostly has flown under the radar to this point?

The Patriots own the 15th overall pick in the first round, and there’s long been talk about whether Bill Belichick should trade up to land a top-tier QB. Mond figures to be available at No. 15 and perhaps could last until the second or third round despite Simms’ high praise.

“That is the place I kind of look at a little bit, to where I go, ‘Ooh, New England could be a place that’s into Kellen Mond,’ ” Simms said on the latest episode of the “Unbuttoned” podcast, which dropped Thursday. “Because he’s gonna be able to run, he’s a really good athlete. But he can really play in the pocket and be a real NFL passer. That’s where, to me, he is special that way.”

Mond, who turns 22 in June, threw for 2,282 yards with 19 touchdowns and three interceptions last season while leading Texas A&M to a 9-1 record. He also rushed for 294 yards with four TDs, starring as a duel-threat QB for the Aggies.

The Patriots could draft Mond with the intention of him sitting for a year behind Cam Newton, who recently re-signed with New England. It’ll be fascinating to see how the draft board shakes out, though. New England’s next pick after No. 15 comes at No. 46 overall.

“The way it sounds, to me, I think Kellen Mond is that guy that could be late first round, somebody trades up. Like maybe what Green Bay did with Jordan Love (in the 2020 NFL Draft),” Simms said. ” … The New England part, too, I could see that: Kellen Mond, late first round, early second round-type guy. If he’s sitting there on the board at maybe 37, 38, or something like that, I wouldn’t be shocked to see New England come up and get him.”

So, what exactly does Simms like so much about Mond?

Well, everything, it appears. But Simms shed more light Thursday on NBC Sports’ “ProFootballTalk” when someone asked during a mailbag segment about his evaluation of Mond.

“Decision-making? Great. Elite arm — elite, elite in all aspects, it really is. I will go back to what I said from the start: His only issue is, I wish he would just relax with the ball a little bit and scramble a little bit more. That’s an easy fix. That’s an easy fix. His issues are way easier to fix to me than Trey Lance, who hasn’t really even played a lot of football and I think has somewhat of a hitch in his throwing motion, and the same with Justin Fields, to where I would just go, ‘Man, Kellen Mond, it’s kind of a clean slate.’ You can mold this guy to be a really, you know, special pocket passer, and he’s gonna be able to make big-time plays with his legs here.”

For what it’s worth, Mond reportedly met with Patriots officials at the Senior Bowl and has remained in contact with the organization, even exchanging text messages with New England offensive coordinator Josh McDaniels.

Former NFL head coach Hue Jackson also told The Boston Globe he “absolutely” could see Mond fitting with the Patriots, calling him the “sleeper of the draft” after working with the 21-year-old at the House of Athlete combine.

So, Simms isn’t necessarily alone in being high on Mond. He’s just driving the bandwagon with the first round of the NFL draft looming on April 29.

“I’m shocked by it,” Simms said Thursday on “PFT” of why Mond isn’t ranked higher nationally. “It’s been three years of really good play at a school where he hasn’t had big-end talent around him. And he dices up SEC defenses weekly. And last year was phenomenal. I just don’t get it. That’s the crazy thing to me about the draft sometimes — how some guys get hype and other guys don’t, and certain years and the same year, all that. It annoys me sometimes.”

Simms briefly worked in the Patriots organization as a coaching assistant a few years back. Maybe he can put the bug in Belichick’s ear over the next few weeks. 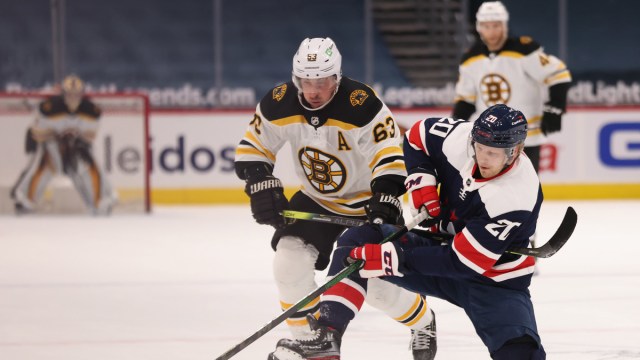 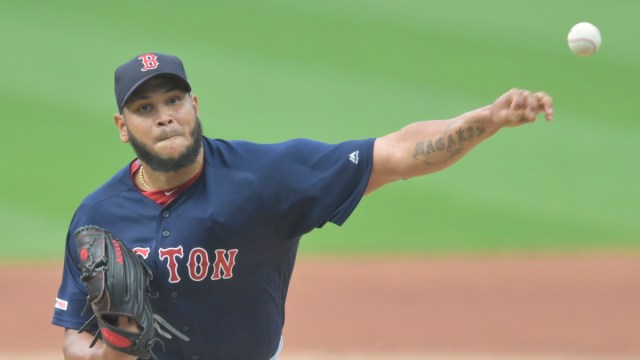