There were some bright spots for the Boston Bruins despite their loss to the Philadelphia Flyers on Monday night at TD Garden.

Patrice Bergeron, for one, passed Rick Middleton for sole possession of fourth place on the Bruins’ all-time scoring list. And Dan Vladar, despite not picking up the win, made some stellar stops and was solid between the pipes.

And we say stellar, we mean it.

Vladar certainly provided his team a chance to win, and has been a bright spot in the absence of Tuukka Rask. And it’s caught the attention of his head coach.

“Obviously, big-time saves. He’s a very athletic guy. Never quits on a puck, that’s what everyone loves about him,” Bruce Cassidy said after the game. “He’s gonna have to work on his technique like every other young goalie — puck play, little details — but he’s a battler in there. He’s great for us. You need those type of saves that gives you some juice especially after a penalty kill. So good for him. Like I said, I think Vladdy will do that, make some of those acrobatic saves. He certainly did there.”

It’s unclear who the Bruins will play Tuesday night on the second night of a back-to-back against Philly. Cassidy already ruled out Rask, and Jaroslav Halak tested positive for COVID-19. 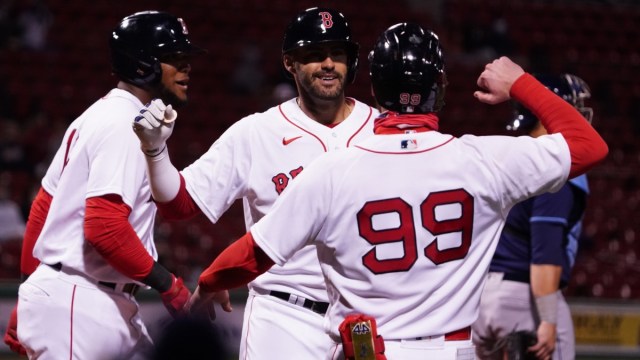 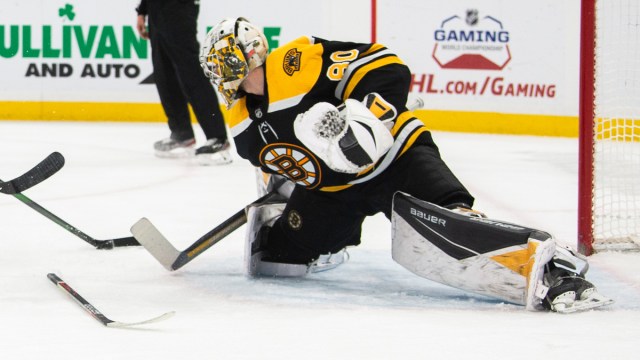