David Krejci Shared What Changed For Bruins Vs. Penguins Since Sunday Skip to content

Tuesday’s win and Sunday’s loss were a tale of very different games for the Boston Bruins.

Everything seemed to be going right for the Bruins in their 3-1 victory at PPG Paints Arena. It was a full-team effort for 60 minutes, and also made the Penguins wait another day to clinch a playoff berth.

David Krejci’s line in particular was strong in the win with a combined three points. Krejci had a filthy backhanded goal, while Taylor Hall continued to prove why the B’s traded for him with a slick goal of his own.

So, what went right?

“I felt like, for the most part, we stuck to the game plan and we did exactly what we talked about,” Krejci said after the game.

OK. What exactly was talked about?

“Obviously things that are said in the room stays in the room. One of the things, it’s no secret, I don’t think we got inside with the puck much last game,” Krejci said. “We did that today. Sometimes if it doesn’t work you draw penalty or something happens. That was one of the things: get to the net.”

And get to the net they did.

The Bruins can make it two straight when they return home to TD Garden to take on the Buffalo Sabres on Thursday. 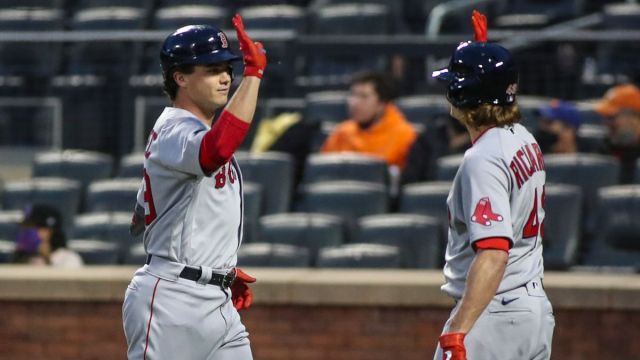 Red Sox Showing Resolve To Win In Variety Of Ways 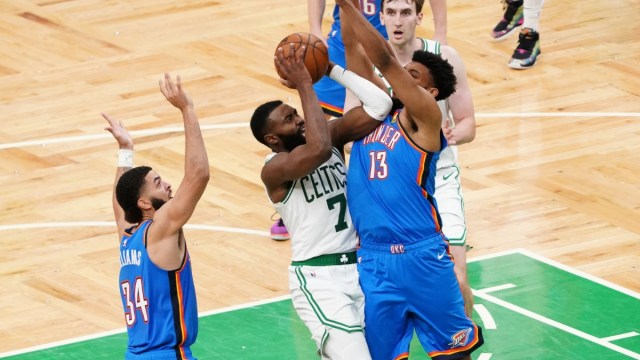