Are the stars actually aligning for the New England Patriots to grab their quarterback of the future in the 2021 NFL Draft?

We can’t help but feel like it’s beginning to seem that way, one way or the other.

The Patriots, who currently have No. 15 overall, obviously will be impacted in some way or another by the previous 14 draft picks. Still, there are a select few whose decisions could really impact New England. The majority of those decisions relate to the quarterback position.

So without any further ado, here are five teams whose respective selections could have a key trickle-down effect on the Patriots… for better or worse.

San Francisco 49ers: No. 3 overall
The question isn’t if the 49ers are taking a quarterback with their first-round pick. They are. Now, it’s about which one — Mac Jones or Trey Lance — will be headed to the Bay Area. Again, this is rather obvious, but whichever player the 49ers don’t select has an opportunity to fall to the Patriots.

Speculation has it that if the 49ers go with the more NFL-ready Jones, the Alabama product, they’re more likely to trade ex-Patriot Jimmy Garoppolo. As you have likely heard by now, that has led to rumors that Jimmy G could return to New England as soon as this weekend.

If the 49ers opt to draft Trey Lance, though, speculation has it that the North Dakota State signal-caller may need an extra year or so to develop. Could that mean the 49ers don’t actually trade Garoppolo? It’s possible. But it does feel like paying for Garoppolo’s contract after selecting the future of the franchise No. 3 overall would, at the very least, make for an awkward situation in San Fran.

Another aspect to this, however, is that if the 49ers go with Lance, it feels like there is a real chance Jones drops. Sure, there are a lot of options between No. 3 and No. 15, but there hasn’t been as many reports coming out about a number of teams who love with Jones. The same can’t be said about Lance as it feels like Lance being on the board after No. 3 would prompt a lot of interest from others.

No matter which way this plays out, the Patriots are, and in more ways than one, impacted.

Atlanta Falcons: No. 4 overall
It seems the Falcons have delivered the Patriots an early Christmas present, despite the fact it’s New England who is responsible for, well, you know. Atlanta reportedly is expected to draft generational tight end Kyle Pitts with its No. 4 overall selection. Most notably, it means the Falcons are opting not to draft 35-year-old Matt Ryan’s eventual replacement and thus two quarterbacks would remain past No. 4. Secondly, the reality is the Patriots were never going to get Pitts, especially after just signing two tight ends in free agency.

Of course, it’s important to note the Falcons, who previously were a major question mark with their current quarterback situation, could trade back and allow another quarterback-needy team to overpay for No. 4. That wouldn’t be ideal for New England, which likely wants Atlanta to stay right where it is and draft the tight end.

Detroit Lions: No. 7 overall
It would be shocking to see either the No. 5 Bengals or No. 6 Dolphins select a quarterback, but the Lions, especially where they’re drafting, should not be seen in the same light. After all, while the Lions traded Matthew Stafford and received Jared Goff, it’s not exactly like the new coaching staff handpicked Goff. And while Goff’s salary is bloated, the fact Detroit may have two talented signal-callers fall to No. 7 could entice first-year head coach Dan Campbell.

Then again, based on Campbell’s off-the-cuff mannerisms, it probably shouldn’t surprise anyone if he flips the script and takes what could very well be the first defensive player off the board. From a Patriots standpoint, that may not be the worst thing.

Carolina Panthers: No. 8 overall
The Panthers have Sam Darnold under contract for one season. The Panthers also just traded veteran backup Teddy Bridgewater, essentially meaning they don’t have much tied to the position past 2021. Could a falling Trey Lance prompt the Panthers to jump at his potential? It’s certainly possible.

Then again, seeing as they did trade the Jets for Darnold, the Panthers could opt to go with a talented lineman to help protect him and their offensive weapons. That may be the best option if you’re the Patriots.

Denver Broncos: No. 9 overall
The Broncos are the ones who traded for Bridgewater from the Panthers for a modest Day Three pick. And while the oddsmakers clearly depict how they think Denver now will pass on a first-round signal-caller, ESPN’s Adam Schefter noted how Wednesday’s trade doesn’t take the Broncos out of the QB hunt. Denver’s Drew Lock has the final two years remaining on his very cheap rookie deal, while Bridgewater is under contract for just one season.

The trade for Bridgewater may take the Broncos out of the trade-up category, they certainly were there beforehand, but perhaps a falling Fields or Lance causes Denver to think long-term? Oddsmakers, for what it’s worth, have the Broncos selecting linebacker Micah Parsons with their first pick, which actually wouldn’t be a terrible thing for the Patriots given so many options at the position. 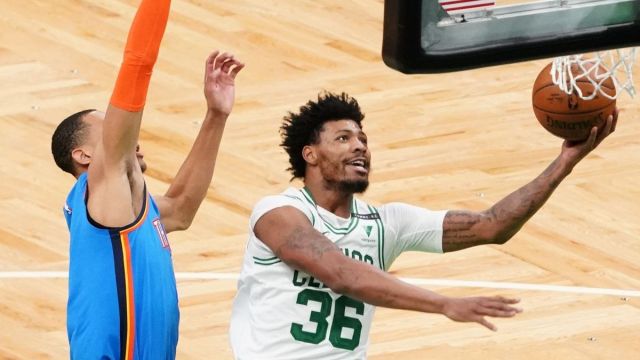 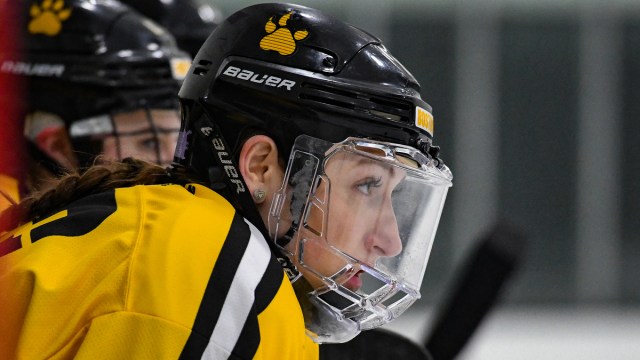