Jaylen Brown and Jayson Tatum had a potentially important conversation Wednesday before the Boston Celtics’ 101-99 win over the New York Knicks at TD Garden.

The two, as Brown explained after the victory, discussed putting Tuesday’s loss to the Philadelphia 76ers behind them and ignoring the outside media noise that’s accompanied their season-long struggles.

“We probably should have had those conversations just more,” Brown acknowledged to reporters.

This, of course, begs the question: Has there been something missing from the Celtics’ off-court chemistry this season, which then is translating to underperformance on the hardwood?

Celtics president of basketball operations Danny Ainge on Thursday downplayed that notion while shedding light on the relationship that exists between Brown and Tatum.

“I see two guys that really like each other,” Ainge said on 98.5 The Sports Hub’s “Toucher and Rich.” “I think that from what I gathered — I didn’t talk to them about this, I just read it — they’re just trying to keep the noise out. There’s a lot of people out there who would try to get in between everybody on the team, for that matter. I think it’s a healthy thing that they got together to talk through some of that stuff, because most of the time I see most of my players on their phones just reading things this year.”

” … They’re talking,” Ainge added. “They’re not just talking about the specifics of the outside noise that is trying to get in between them. They all probably follow different people on social media and listen to different voices, and maybe there was somebody who was creating a stir that one of them wanted to talk about. But I think it’s a healthy conversation.”

Chemistry is weird. Often, you can make the case there’s a direction correlation between a team’s closeness in the locker room, or lack thereof, and how it performs on the court. Other times, talent trumps everything, rendering moot the actual impact of whether everyone plays nice.

There’s also the whole chicken-and-egg argument: Does chemistry lead to winning? Or does winning breed chemistry?

Ainge was asked Thursday how he’d assess the current Celtics’ chemistry relative to the 2008 championship-winning team — a famously tight-knit group — and another team with each player taking his own cab. Again, Ainge defended Boston’s locker room situation, albeit with the caveat that times have changed.

“Oh, it’s definitely not 15 players, 15 cabs. I see these guys every day at practice. They get along great. And they have fun, they’re laughing, they’re hanging out,” Ainge said. “I think it’s a different era. It’s a different time than even 2008. It’s just different, and I’ve seen it evolve over time. So I don’t know that you’ll see as many teams like that in the future.”

Ainge added: “It’s just different in that … the players are like in getting a massage and the whole time they’re really not even talking to our therapist, or they’re getting treated and they’re like looking at their phones. It used to just be human interaction — with your therapist, with your trainer, with your teammate. Now, there’s just less of that. And that’s what I love about basketball, is that you have to interact (on the court). When you get on the court and start playing, yeah, there’s a lot of interaction. But it’s not the deep conversations that possibly could be had when you’re on an airplane or on a team bus or out to dinner on the road. I don’t think there’s as much conversations about life.”

So, does this mean it takes longer for chemistry to develop in the modern NBA thanks to social media and the overall number of outside distractions?

“I’m not jumping to that conclusion,” Ainge said. “I’m just saying how it’s different in how they use their time and what they’re focused on. But I still think they’re totally together when they’re practicing and playing together.”

Maybe the pregame chat Brown and Tatum had Wednesday night will yield further discussions that, in turn, help the Celtics on the court. Or maybe not.

Communicating more frequently seems better than communicating less frequently, though, even if the true impact of locker room chemistry always will be debatable across professional sports. 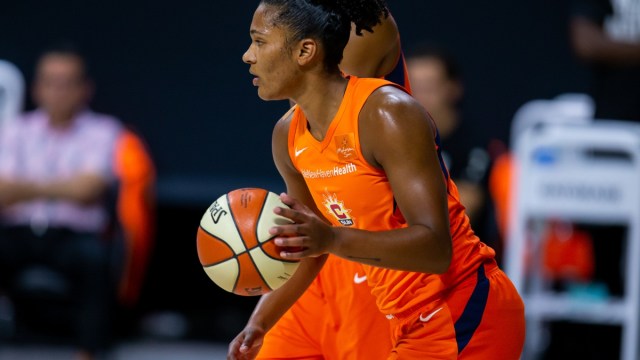 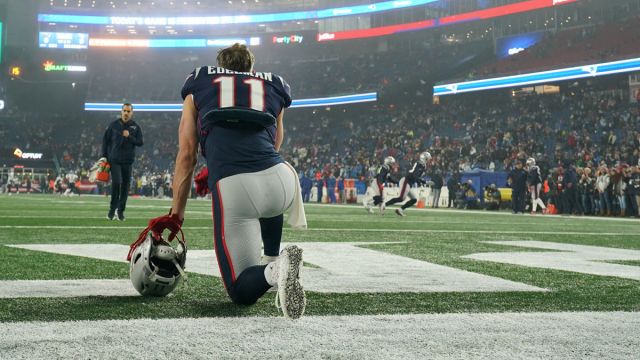