Kendrick Perkins might have lit a fire under Jayson Tatum.

Perkins called out Tatum after the Celtics’ home loss to the Philadelphia 76ers on April 6. The former Boston big man urged the two-time All-Star to step up, claiming Tatum had “the body language and energy level of an underpaid player,” which Perkins believed was hurting the team.

Well, Tatum certainly has stepped up. The C’s have ripped off four consecutive wins since Perkins made those comments, and the star forward averaged 34.5 points per game over that stretch, including a career-high 53 points last Friday against the Minnesota Timberwolves. Tatum also delivered in the clutch Tuesday when Boston toughed out a win over the Trail Blazers in Portland.

During NBC Sports Boston’s postgame coverage following the Celtics’ fourth straight win, Perkins revisited his calling out of Tatum and revealed how the 23-year-old handled the criticism.

“…The thing that I appreciate about Jayson Tatum is that he didn’t get sensitive, he didn’t get back at me on Twitter or social media,” Perkins said. “Guess what he did? Guess what ended up happening? We actually had a phone call conversation and we talked about it. He called me and we talked about it. I told him, like, ‘Hey man, I’m a huge fan of yours. I’ve been a huge fan of yours. I just feel like you have it in you to elevate your game even more. You can get 25 in your sleep, but I think you can separate yourself and be up there with the superstars and I feel like you got more in your game and that you can take over this team.’ He’s been doing just that.

“I appreciate Jayson Tatum because we didn’t have a conversation where it was beef. We had a conversation where he just wanted to understand where I was coming from and I got an understanding of how he felt about my comments. I had to let him know that I was not attacking him personally and that I am a huge fan of is. So, that’s how real people conversate and that’s how real professionals handle their business — the way that Jayson Tatum is doing. Not getting all sensitive.”

Tatum has looked like a man on a mission of late, and the Celtics will need him to continue to play at an elite level as they enter the home stretch of their regular season.

Boston will try to push its win streak to five Thursday when it visits the Lakers in Los Angeles. 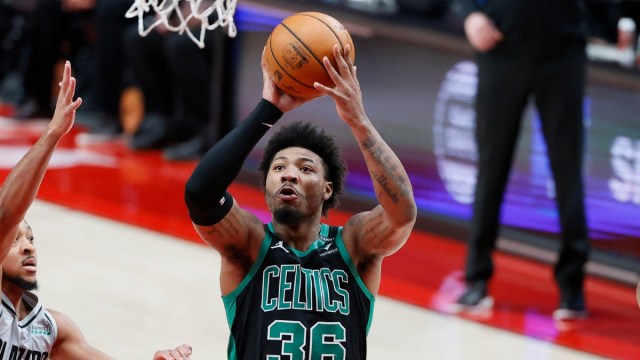 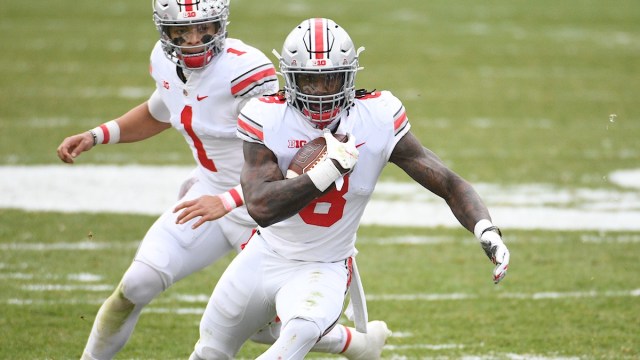 Potential Patriots: Running Back For Pats In Every Round Of NFL Draft