Mike Reilly is off and running with the Boston Bruins, and good things are bound to happen if he reaches his intended destination.

The Bruins defenseman detailed his positive early impressions of the team Saturday in a press conference. The Bruins acquired Reilly from the Ottawa Senators on Sunday night in a trade, and he slotted straight into Boston’s lineup, helping the B’s win the three games they’ve played since his arrival. Having left the struggling Senators, Reilly is excited to be on a team that hopes to make a deep run in the Stanley Cup Playoffs.

“Yeah that’s great,” Reilly said. “That’s exactly what I wanted. Obviously in the North Division we know what’s going on down here (in the East Division) to a degree, not as in-depth as in a normal year. … We can go on this road trip (during which Boston will play five games between April 20 and April 27) and take some points and really cement ourselves in the playoffs, look to play our best hockey as the regular season comes to a close and be revving it up toward the playoffs.”

Although the Bruins’ trade for Taylor Hall initially overshadowed the Rilley deal, the latter has captured attention by providing the expected double boosts to Boston’s blue line and power play. Reilly in his first days with the Bruins has drawn rave reviews from teammate Charlie Coyle and head coach Bruce Cassidy.

Reilly, 27, appreciates the confidence his new team has in him and he intends to continue developing into a stellar two-way defenseman.

“It means a lot,” Reilly said. “I played against Boston a lot when I was in Montreal and from years past (in Ottawa) playing against one another. I kind of knew the build of their team, the guys they have. It seems like they have a ton of depth here, that’s kind of the first thing I saw, and obviously, the leadership, (those) are a couple of things that stand out here.

“For me, I just try and round out my game more and more. On the defensive side of things (I try to) be hard on guys, try to be physical. I think that’s been huge for me, just being able to get the puck back more and get to jump into play more and play more offense, too. I think if you can have that mentality it’s going to be great for all the five guys on the ice. You get to play less in your own zone, and you won’t get as tired, and you get to be more efficient in the rest of the game.

The Bruins exchanged a third-round pick in the 2022 NHL Draft for Reilly. The early returns suggest it was a solid deal, and if he accomplishes what he has set out to do, the “Mike Reilly trade” will be an undeniable steal and generate enduring fanfare. 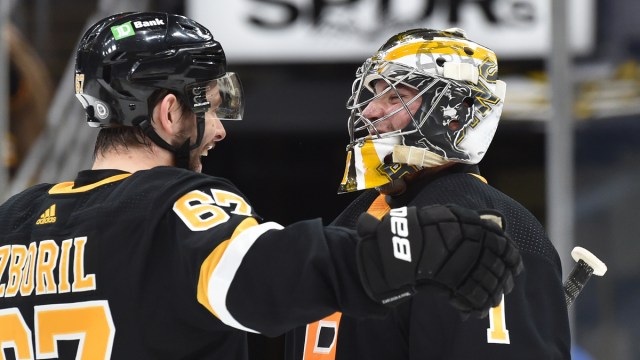 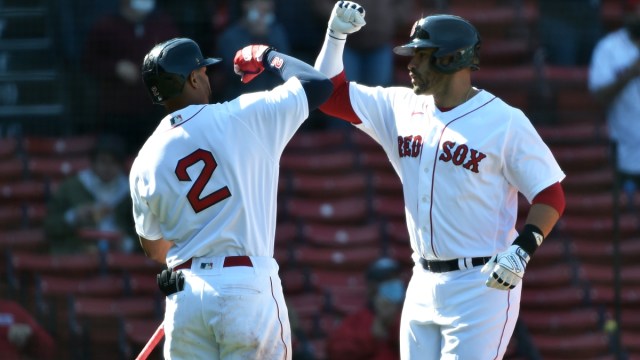