NFL Analyst Predicts Patriots To Trade Up In First Round, Draft QB Skip to content

The Falcons appear to be open for business, and Peter Schrager believes the Patriots will take advantage.

Multiple reports have indicated Atlanta will listen to trade offers for the fourth overall pick in the 2021 NFL Draft. This could be the point when the fireworks on Day 1 of the draft really begin, as the top three picks effectively could be etched in stone by April 29.

New England is among the most quarterback-needy teams entering the draft, and Schrager predicts Bill Belichick and Co. will move up 11 spots in the first round to land one of the best signal-caller prospects in this year’s class: Justin Fields.

“This would be a trade that rocks the NFL, but I don’t think it’s too crazy,” Schrager wrote for NFL.com. “The Patriots don’t envision having a pick as high as they currently do (15th) anytime soon, and this is their year to make a big move if they’re ever going to get their blue-chip QB to develop. Fields was a highly recruited player who performed on the biggest of stages. This year’s first- and second-rounder (No. 46) plus next year’s first and third could be enough for New England to get Atlanta to move back 11 spots.”

It might come down to Fields or Trey Lance for the Patriots if they hope to land one of the top five QB prospects. Trevor Lawrence is a virtual lock to go No. 1 overall to the Jacksonville Jaguars, as is Zach Wilson to the New York Jets one selection later. The San Francisco 49ers, who recently acquired the third overall pick from the Miami Dolphins, reportedly swung the deal with Alabama’s Mac Jones in mind.

While there’s a chance Lance has a higher ceiling than Fields, the latter is much less of a project than the former and potentially could thrive in New England’s new-look offense. The Patriots, who reportedly are “really high” on Fields, absolutely should consider making a move for the Ohio State product, even though the cost to move up in the first round would be significant. 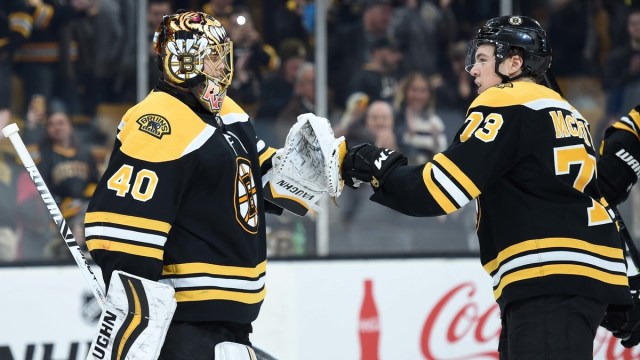