The draft kicked off Thursday night, and as expected, there were some fireworks. As is the case every year, there were some apparent first-round steals, which were matched with a few head-scratching reaches.

Now that the dust has settled, here are the grades we would each each team for their Round 1 efforts.

The Cardinals have plenty of firepower on offense, so prioritizing defense undoubtedly was the correct move. Collins should improve Arizona’s front seven, as he’s solid both as a cover ‘backer and pass-rusher.

The Falcons might have felt some pressure to bring in Matt Ryan’s potential replacement at No. 4, but the 2016 MVP, 35, probably has several solid years left in him. Atlanta landed arguably the best non-quarterback in the draft who could take the team’s offense over the top.

Bateman is talented, no doubt, but the Ravens taking him with their top pick might be a message to Lamar Jackson more than anything. Oweh, meanwhile, is supremely athletic, but his lack of production in his final collegiate season presents cause for concern.

The Bills didn’t enter the draft with many holes, so landing one of the best pass-rushers in the draft is kind of gravy. Buffalo prides itself on playing hard-nosed football, and the Miami product will fit that mold.

We’ll give credit to the Panthers for not overthinking this pick. The secondary was Carolina’s most glaring weakness a season ago, and the franchise addressed the need with arguably the top cornerback in this year’s class.

The Bears didn’t waste any time after waving the white flag on the Mitchell Trubisky experiment. Chicago paid a pretty penny to move up nine spots, but they won’t have any regrets if Fields lives up to his potential in the Windy City.

Cincinnati brought in arguably the draft’s best wide receiver, who lit it up with Joe Burrow in both players’ final season in Baton Rouge. But given how Burrow’s rookie season ended, the Bengals might have been better served taking an offensive tackle at No. 5.

The Browns’ secondary was pretty porous at times last season, so Newsome fills a need. With a great combination of size and speed, the Northwestern product could be a Day 1 impact player in Cleveland.

The Cowboys might have committed their second act of draft thievery in as many years. Dallas managed to acquire an additional third-round pick this year while adding arguably the best defensive player in the class.

Kyle Fuller and Bryce Callahan both are headed for free agency next year, so the Broncos were wise to address their cornerback depth. Surtain has everything you look for in a CB, and he and Justin Simmons could spearhead a great secondary in Denver for years.

We imagine Jared Goff was grinning ear to ear when the Lions announced their top pick. Sewell is freakishly athletic for someone his size.

Following the Aaron Rodgers firestorm that preceded the start of the draft, the Packers probably would have been wise to target a pass-catcher to appease their quarterback. Instead, they went with a corner, albeit one with blazing speed and solid ball skills.

The Texans are a disaster.

Indianapolis boasted one of the better defenses last season, and the unit now is even better with Paye aboard. Our only argument is O-line might have been a better first-round priority ahead of Carson Wentz’s first season in Indy.

If No. 1 overall was the Jaguars’ only pick on the night, we’d probably give them an A with flying colors. But Jacksonville really, really reached for Etienne late in the first with a pick that should’ve been used on defense.

The two-time defending AFC champs didn’t make a selection Thursday. Why? They packaged their first-rounder in a trade for Orlando Brown Jr., a Pro Bowler in each of the last two seasons. Assets well spent, we’d argue.

Another year, another befuddling pick made by the Silver and Black. Leatherwood wasn’t all that great in his final season with the Tide, and there were better tackles on the board when the Raiders picked at 17.

The Chargers followed the blueprint all teams should once you realize you have a legitimate franchise QB on your hands: surround him with elite protection. Slater might be the best O-lineman in the entire class, and the Bolts managed to land him outside of the top 10.

The Rams haven’t picked in the first round since 2016 (Goff, No. 1 overall) and won’t again until 2024. As for this year’s first-rounder, LA probably can stomach its inactive Thursday since Jalen Ramsey is, well, Jalen Ramsey.

The Fins further invested in Tua Tagovailoa by providing him with a game-changing wideout who the quarterback has experience playing with. And if Phillips can stay healthy, he could prove to be a steal for Miami’s defense.

The Vikings dropped down nine spots in the first round but acquired two future picks and a high-potential tackle in the process. Minnesota’s offense should be improved in 2021.

The Patriots addressed their most pressing need by taking a quarterback in the first round for the first time in the Bill Belichick era. Jones is a smart signal-caller with a pro arm, but he could struggle with average pass-catching corps.

Most projected Turner to be a Day 2 selection. The Saints definitely needed some reinforcements along their front seven, but there were a handful of better players on the board at this spot.

The Bears, quite frankly, offered the Giants a deal they couldn’t refuse. New York didn’t suffer in the short term, either, as the addition of Toney could make the G-Men’s receiving corps one of the best in the league.

Wilson has the raw talent, but it’s still not completely clear why he was pegged as a lock at No. 2 for so long. The Jets immediately invested in their new QB by moving up nine spots for Vera-Tucker, but parting ways with two third-rounders in the process might have been a reach.

The Eagles have struggled at the receiver position for a few years now, and their general pass-catching depth could take a hit via a potential Zach Ertz trade. Bringing in the 2020 Heisman Trophy winner fills the void and then some.

We’ll be honest: There’s almost never a good reason to draft a running back in the first round. It’s one of the more replaceable positions in all of sports. The Steelers had plenty of other needs and instead spent their top selection on a 23-year-old back who isn’t really elite at anything.

We’d give the Niners a higher grade if they were able to land Lance at their originally scheduled 12th pick. But San Francisco gave up a ton for a player who’s the definition of a project.

Seattle Seahawks
No pick
Grade: B

It was a quiet night for the ‘Hawks, but Jamal Adams is a pretty darn good player.

The Bucs’ pass-rush, as it proved in Super Bowl LV, can be flat-out nasty. Tyron has a knack for getting to the passer, so he should fit in seamlessly in Tampa.

The Titans completely blew it with their first-round pick last year. We could be saying the same thing in 2022, as Farley is a major roll of the dice following two back surgeries in recent years.

Instead of trying to improve their offense despite a pedestrian quarterback situation, Washington bettered its strong suit in the form of Davis. The Kentucky product is a do-it-all backer who should make WFT’s front seven even more dangerous. 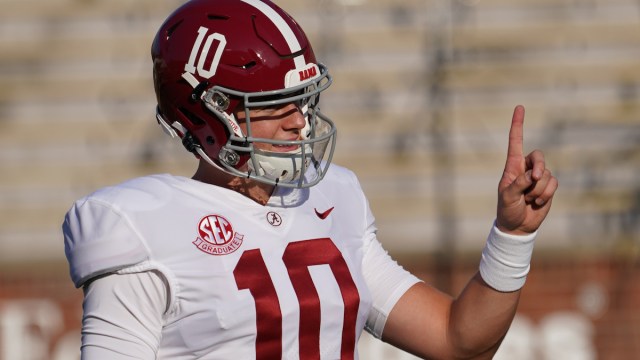 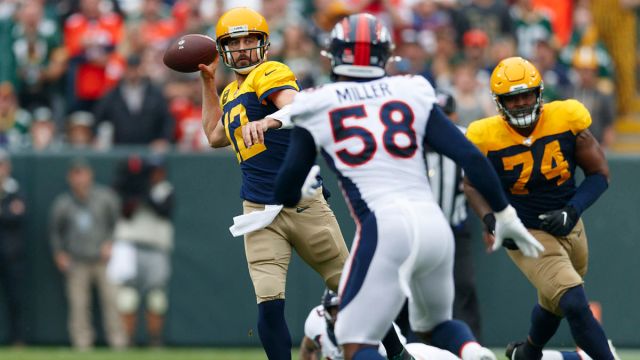