If the New England Patriots really want one of the top five quarterbacks available in the 2021 NFL Draft, they ultimately might have no other choice but to trade up.

It’s looking increasingly likely that all fives QBs — Trevor Lawrence, Zach Wilson, Mac Jones, Justin Fields and Trey Lance — will be off the board by the time New England’s first pick at No. 15 rolls around, with the latest indication coming in a piece published Wednesday by The Athletic.

NFL writer Mike Sando enlisted a general manager to project the first 10 picks in the draft, presumably not taking into account potential trades. The GM has all five of the aforementioned QBs going in the top nine, which means the Patriots would need to jump to at least the No. 8 pick — currently owned by the Carolina Panthers — to secure one of those highly touted signal-callers.

Here’s the complete top 10 projected by the NFL GM, who, according to Sando, works for a team selecting well down the board:

The first three picks almost certainly will be quarterbacks, even though there’s still some question as to which QB the 49ers will select in wake of trading up to No. 3.

What the Falcons do at No. 4 — draft a QB, draft another position or trade the pick — is a total mystery, but the decision will go a long way toward shaping the first half of Round 1.

The NFL GM in this exercise has Atlanta choosing Matt Ryan’s successor, which probably is the worst-case scenario for New England, as it removes a quarterback from the board without another team, like Denver, trading up.

The Patriots’ best-case scenario would be the Falcons drafting a player at another position, in turn allowing the fourth quarterback chosen to potentially fall to the Broncos’ pick at No. 9. None of the teams picking between No. 10 and No. 15 — the Cowboys, New York Giants, Philadelphia Eagles, Los Angeles Chargers or Minnesota Vikings — needs a QB, so this theoretically could pave the way for a quarterback to drop into New England’s lap at No. 15. Or the Patriots could trade up a few spots, likely at a far more reasonable cost than, say, catapulting all the way up to No. 4.

Of course, this all is working under the assumption the Patriots even are considering taking a quarterback in the first round. Bill Belichick and Co. might have their eyes on a less heralded quarterback later in the draft, which would allow them to potentially find serious value at No. 15 thanks to the early run on QBs pushing impact players at other positions beyond where they’d normally be chosen. 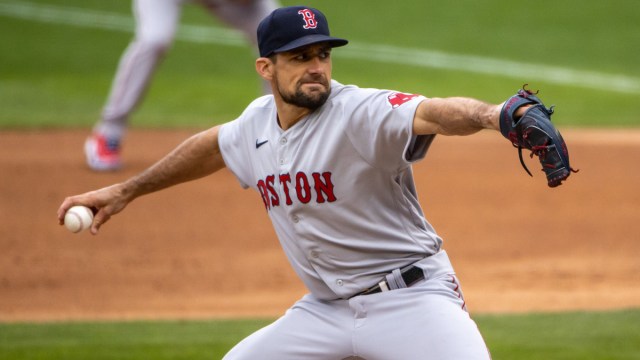 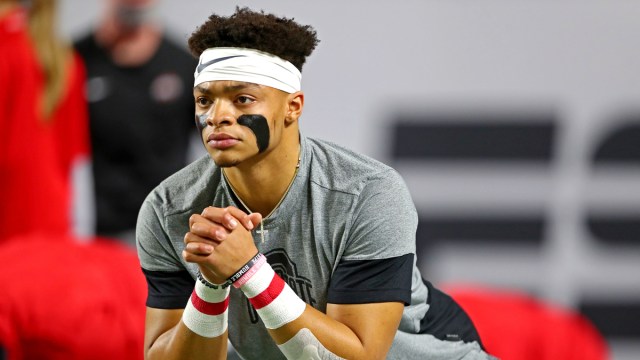