Brandon Marshall and Nick Wright were on the same page Wednesday when it came to the possibility of Green Bay Packers quarterback Aaron Rodgers someday landing with the New England Patriots.

Both FS1 pundits criticized the idea, which was floated this week by NBC Sports Boston’s Tom E. Curran in a piece evaluating New England’s QB situation and whether the Patriots will trade up in the 2021 NFL Draft.

While Marshall believes there’s “zero chance” of Rodgers and Bill Belichick joining forces in Foxboro, Mass., especially with New England moving on from an aging Tom Brady, Wright went so far as to call the premise “laughably absurd” thanks to the number of dominoes that would need to fall.

?I agree with Brandon that this is a laughably absurd premise. I disagree with Brandon that that means we shouldn’t have led the show with it,” Wright said on “First Things First.” “I think that is why we should lead the show with it. Because this is just perfect. Now, let me give Tom Curran, who I know a little bit, let me cut him some slack here before I absolutely knife him. Listen, the last 48 hours have been tough for my buddy Tom. He wrote a book with Julian Edelman — ‘Jules,’ as he called him, then retires. He then has to go on the media tour and make the absurd Julian Edelman-Hall of Fame argument, which man, if you’re looking for a laugh this Wednesday morning, type those hits into the old Google machine, because it is great. It is high comedy.

“So, it’s a tough day. Maybe he’s in a little mind fog: ‘What is gonna happen?’ He’s like, ‘Oh, I know what would make sense. How about a team without a quarterback simply just says, ‘Our plan is, we’re going to get one of the greatest ever.’ ‘ Now, how do we get from A to Z? Don’t worry about the B through Y; it’ll happen.”

Curran’s argument is based largely on Rodgers’ current situation with the Packers, who selected quarterback Jordan Love with the 26th overall pick in the 2020 NFL Draft and soon might need to determine whether to commit to Rodgers beyond 2021.

Rodgers is coming off an MVP season in which he led Green Bay to the NFC Championship Game, but he’ll turn 38 in December. Love is just 22 years old and obviously a cheaper alternative.

Basically, it’s not dissimilar to the way Brady’s 20-year marriage to the Patriots ended. And thus, Curran thinks New England might be better off waiting to see whether Rodgers becomes available next offseason than going all-in for a quarterback in this year’s draft. After all, QBs are getting pushed up the draft board this year, perhaps far more than is reasonable.

“The idea that the Patriots’ plan at quarterback involves a 37-year-old who has three years left on a contract for another team is the most ridiculous idea I’ve ever heard,” Wright said.

Ridiculous? Maybe. But a fun hypothetical to consider, no doubt. 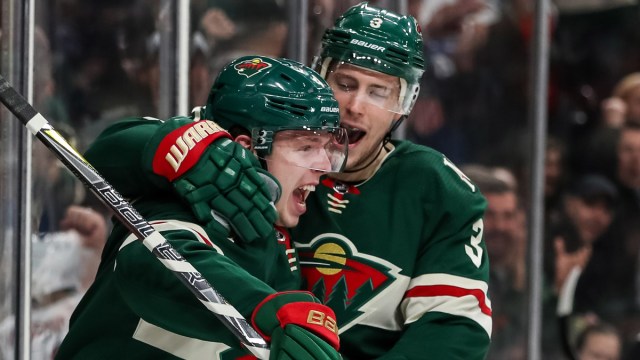 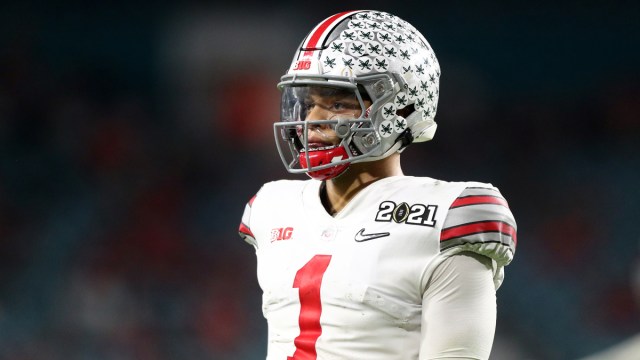