New England Patriots owner Robert Kraft spoke with reporters for more than 30 minutes Wednesday. Here are nine takeaways from his conference call, which covered a range of notable topics:

“After my family, the Patriots are the most important thing in my life and I think what we can do to impact the community, but also the privilege I have of owning this team in my hometown. It’s like I said when I bought the team — our family is the custodian of a public asset. The bottom line here is winning. That’s what this business is and when we don’t, it’s not a good feeling.”

Does he expect the Patriots, who overhauled their roster in free agency, to compete again in 2021?

“I expect to be a contender every year,” Kraft replied. “That’s my objective.”

2. Kraft said the Patriots’ uncharacteristic free agent spending spree — they handed out $146.6 million in guaranteed money to 14 incoming veterans and also re-signed several of their own — was the result of a “unique” confluence of circumstances.

The Patriots typically don’t have nearly as much available salary cap space as they did this offseason, he explained, and also rarely have a roster as weak and hole-ridden as the one they fielded in 2020. The shrinking NFL salary cap also limited the pool of potential suitors to compete with in free agency.

“We’ve never been in a position where we have spent the kind of money in free agency that we did this year,” Kraft said. “I think if there was ever a year to do it, this would be the year because we’d move quickly, and instead of having 10 or 12 teams compete against us for free agents, there were only two or three.

“I think our personnel department did an outstanding job in setting the priorities. We moved quickly, and we also had the advantage of being in a unique position of having (the second- or third-most) cap space, and we moved quickly. I really hope it makes a difference. I’m really excited about this upcoming season.”

3. Kraft acknowledged his team has not drafted well of late, and that New England wouldn’t have needed to spend big on veterans last month if they’d hit on more of their recent draft picks.

“Really, the teams who draft well are the ones who will be consistently good,” he said. “I don’t feel like we’ve done the greatest job the last few years. … We missed, to a certain extent in the draft, so this was our best opportunity.”

Kraft did say he’s seen a “different approach” to the Patriots’ draft prep this year but didn’t elaborate.

“I think in fairness to Cam, I’m not sure he had the proper weapons around him last year, and then he got COVID,” Kraft said. “There were a lot of things that happened.”

He later added: “Last year was very disappointing, and I really do believe that Cam getting COVID and what it did to the team, it changed a lot when we were in a good place.”

Kraft also said Newton, who threw more interceptions (10) than touchdown passes (eight) in his first season with the Patriots, wasn’t helped by the fact that “everything was new” for him and he didn’t have a full offseason to learn New England’s complex offense.

“He’s more familiar with what goes on here,” Kraft said. “Just like the younger players from last year, we will see what happens this year.”

Asked whether he’d be comfortable going into this season with Newton as the Patriots’ starting quarterback, Kraft called Newton “a terrific guy” and said he trusts head coach Bill Belichick to put the best team on the field.

5. Kraft hasn’t given up on backup quarterback Jarrett Stidham, who has yet to start a game since being drafted in the fourth round in 2019. In fact, he said he’s “a really big fan” of Stidham, whom he called “a great young man.”

“I don’t know that Jarrett has ever really gotten a fair shot,” Kraft said.

“I know he’s eager to compete for an opportunity to play,” Kraft said. “… I’m not sure he’s really been tested.”

6. Kraft knows finding a permanent answer at quarterback needs to be one of the team’s top priorities. He also seemed to acknowledge the 31-year-old Newton, who re-signed on a team-friendly one-year contract earlier this offseason, isn’t in the team’s long-term plans.

“We all know long-term that we have to find a way, either Jarrett Stidham or someone new we bring in,” Kraft said.

Could that someone be a 2021 draft pick? The Patriots have the resources and flexibility to trade up in the first round for an upper-echelon QB prospect (Justin Fields, Trey Lance, Mac Jones) if they so choose.

“We still have the draft,” Kraft said when discussing the Patriots’ current quarterback setup. “There are a lot of things that can occur.”

7. Kraft said everyone knows he “would have loved” for Brady to retire as a Patriot. But Brady, he said, was “entitled to make a decision that was what he thought was best for him” after 20 years and six Super Bowl titles in New England.

He also admitted the Patriots might not have been much more successful had Brady, not Newton, been quarterbacking the roster they had last season.

“Naturally, we want to win, but who knows what would have happened if he stayed here,” Kraft said. “Look what happened at the end of his last season here.”

Brady, of course, won a Super Bowl in his first season with the Tampa Bay Buccaneers after being bounced in the 2019 wild-card round in his final game as a Patriot. Kraft said Brady’s instant success elsewhere didn’t fuel New England’s aggressive offseason.

“Look, I love Tom Brady and he’s great, but he’s moved on,” Kraft said. “What happened here last year was not something to our liking. We had to make the corrections. … To be frank, no, this was about what’s doing right for our team.”

8. Kraft didn’t share any substantive updates on the status of cornerback Stephon Gilmore.

Gilmore is unlikely to play for his current 2021 salary of $7 million, meaning the Patriots likely will need to either extend his contract or trade him this offseason. The star cornerback reportedly “would be very open” to a contract extension.

“We’re lucky to have Stephon Gilmore,” Kraft said. “He’s a tremendous player for us, a great person. … He’s under contract with us. We’ll see what happens.”

Sorting out Gilmore’s situation is one of the biggest remaining orders of business for New England this offseason. The Patriots also waiting to see whether any team signs No. 2 cornerback J.C. Jackson to an offer sheet. Jackson, a restricted free agent, received a second-round tender.

Versatile third corner Jason McCourty is an unrestricted free agent and has yet to sign a new deal.

9. Kraft had spoken with various individual reporters/networks — including NBC’s Peter King and The MMQB’s Albert Breer in recent weeks — but this was his first time addressing the greater New England media since the lead-up to Super Bowl LIII in early 2019. His candor, especially when discussing the Patriots’ QB situation and draft struggles, was refreshing and appreciated. 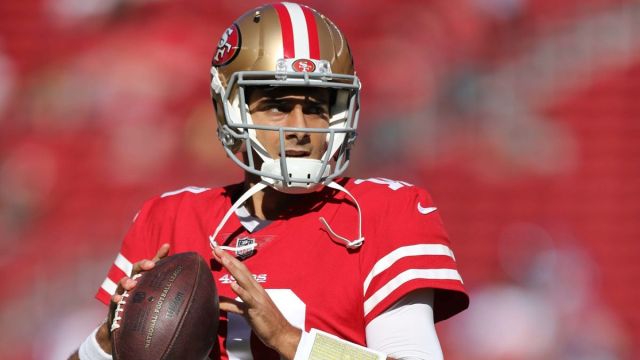 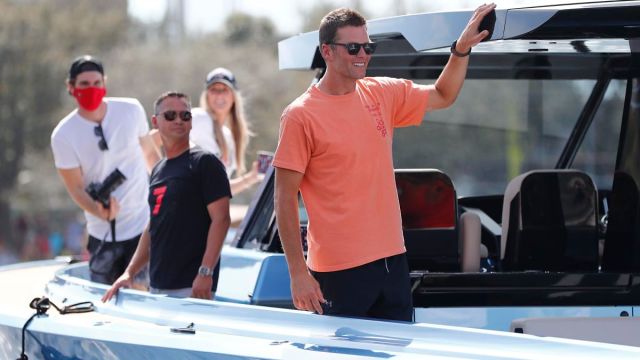