The 2021 NFL Draft is fast approaching, and with pro days wrapping up, there’s a greater sense of which players might interest the New England Patriots in a little over two weeks.

Here’s our latest crack at a seven-round Patriots mock draft. Despite the fact that the Patriots currently have less than 10 spots to fill on their 90-man roster, it includes no trades. This gives us the best sense of which players might actually be available in the spots where New England is picking.

Round 1, 15th Overall: LB Azeez Ojulari, Georgia
In an ideal world, the Patriots will take a quarterback with their first-round pick. But the Jacksonville Jaguars, New York Jets and San Francisco 49ers all are taking QBs at the top of the draft, so what are the odds that New England will be able to land one of the top-five quarterbacks 12 picks later? The Patriots could move up the board with a trade, but pulling off such a deal is also no guarantee.

So, we have New England going slightly off the board and taking 20-year-old Ojulari, a 6-foot-2, 249-pound outside linebacker who can rush the passer and set the edge against the run with impressive technique.

Is it the biggest need with Matt Judon, Kyle Van Noy, Josh Uche, Chase Winovich and Anfernee Jennings already on the roster? Not necessarily, but pieces can be shifted around to make it all work up front for New England.

Round 2, 46th Overall: QB Kellen Mond, Texas A&M
If the Patriots can’t take a quarterback in the first round, then they should still try to land one on Day 2 of the draft (even if they plan to add Jimmy Garoppolo at some point in the next year).

Mond has the highest upside outside of the top five quarterbacks, though Stanford’s Davis Mills might be drafted before him. Mond is athletic with a big arm and could sit behind Cam Newton before potentially taking a leap in 2021. And if he doesn’t? Oh well, you spent a second-round pick on a backup quaterback.

He’s a project, but he’s also a worthy one, and the Patriots have time to wait with Isaiah Wynn and Trent Brown projected to start at offensive tackle in 2020 with Michael Onwenu and Justin Herron ready to step in if needed.

Round 4, 120th Overall: CB Robert Rochell, Central Arkansas
We considered taking a cornerback like Jaycee Horn out of South Carolina in the first round, but we’ll wait to fill a sneaky big need in the middle rounds. Rochell is a small-school prospect with all of the physical tools needed to succeed in the NFL.

Round 4, 122nd Overall: CB Paulson Adebo, Stanford
Adebo opted out for the 2020 season but is a long cornerback with ball skills. We’ll double up at the position with the hope that one of them sticks as a potential starter in the future.

Round 4, 139th Overall: DT Khyiris Tonga, BYU
Tonga is a massive individual who can eat up space and disrupt the pocket. The Patriots still could use one more talented defensive tackle.

Round 6, 197th Overall: RB Chris Evans, Michigan
Evans is a tremendous athlete at 5-foot-11, 211 pounds who has the potential to be used as a third-down back in the NFL. He’ll fall because he’s barely played since 2018, but he’s worth a late-round flier.

Round 7, 242nd Overall: S Zayne Anderson, BYU
Anderson missed 21 games with injuries over his last three college seasons. If he can stay healthy, he could wind up being a late-round steal thanks to his superb athleticism. 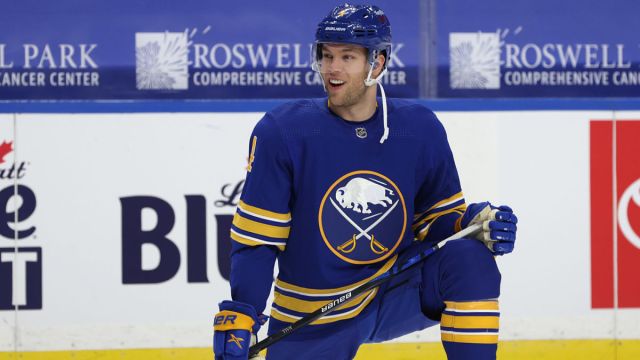 Taylor Hall Happy To Finally Be With Bruins, Open To Long Stay In Boston 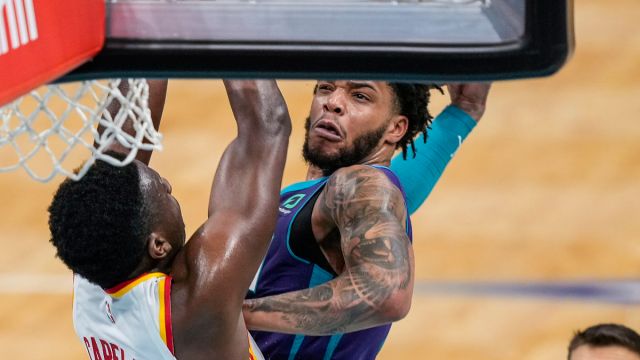