The New England Patriots hung back and selected Alabama quarterback Mac Jones with their 15th overall pick in the first round of the 2021 NFL Draft.

With nine more picks in the draft, here’s how the Patriots can fill in the rest of their biggest needs on Day 2 and 3 of the draft:

We’ll slot him in here at No. 46 overall, but the Patriots might have to move up to land Moore. There are some other intriguing wide receivers still on the board including Ole Miss’s Elijah Moore, UNC’s Dyami Brown and Western Michigan’s D’Wayne Eskridge.

Third Round, 80th Overall: OT Spencer Brown, Northern Iowa
The Patriots need an offensive tackle of the future with Trent Brown set to hit free agency next offseason. Brown, who’s 6-foot-8, 311 pounds and ran a 6.96-second 3-cone drill, is the perfect project with already decent depth on New England’s offensive line. Groom him for a year behind Brown, Isaiah Wynn, David Andrews, Shaq Mason, Michael Onwenu, Ted Karras and Justin Herron, and the Patriots could have a special athlete playing tackle in 2022.

Round 4, 120th Overall: LB Chris Rumph, Duke
Rumph is an undersized edge defender, but he’s the son of Chicago Bears defensive line coach Chris Rumph, and, at 6-foot-3, 237 pounds, there’s reason to believe he could move off-ball in the NFL.

The Patriots have done an incredible job of developing defensive backs like J.C. Jackson, Jonathan Jones and Malcolm Butler in the past.

Round 5, 177th Overall: RB Elijah Mitchell, Louisiana
Mitchell has been a popular pick for the Patriots with his 6.94-second 3-cone drill and pass-catching abilities. New England needs to groom a third-down back behind James White.

Round 6: 188th Overall: DT Jonathan Marshall, Arkansas
Marshall is a 310-pound athletic defensive tackle with an SEC pedigree who could contribute as a pass rusher on third down in the mold of Adam Butler.

Round 7, 242nd Overall: LB Nick Niemann, Iowa
Niemann is an athletic and productive linebacker who might best project on special teams. 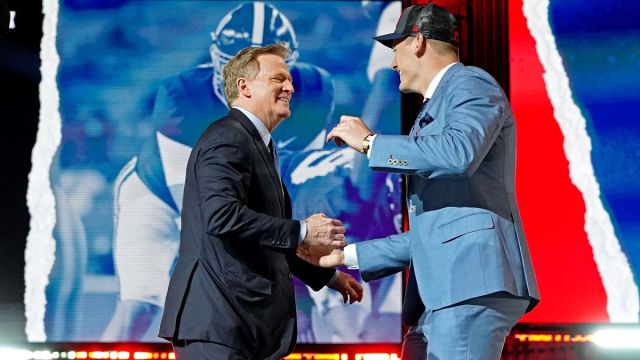 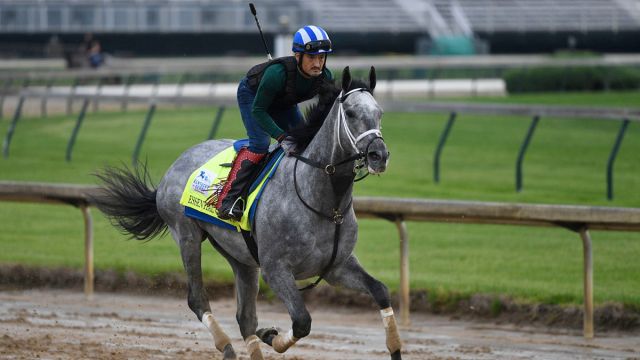