Josh McDaniels will get an up-close look at the New England Patriots’ potential quarterback of the future Wednesday.

The Patriots offensive coordinator is part of the three-man New England contingent that traveled to Ohio State for Fields’ second pro day, according to Albert Breer of The MMQB, along with new personnel chief Dave Ziegler and national scout Matt Groh.

The San Francisco 49ers, Denver Broncos, Carolina Panthers and New York Jets also will have evaluators in attendance at Wednesday’s workout, per Breer. All four own picks in the top 10 and could select quarterbacks, though Carolina recently acquired veteran Sam Darnold and the Jets are widely expected to draft BYU’s Zach Wilson. The Niners also have been heavily linked to Alabama’s Mac Jones at No. 3.

Fields was considered this year’s second-best quarterback prospect for much of 2020, but many draft analysts now are predicting he’ll be the fifth QB selected in the 2021 NFL Draft. ESPN’s Mel Kiper Jr. and Todd McShay have the Ohio State star sliding to No. 10 and 11, respectively, in their latest mock drafts and the Patriots trading up from No. 15 to take him.

Fields, a two-year collegiate starter who led the Buckeyes to a College Football Playoff national championship game berth last season, is one of the most accurate quarterbacks in his draft class and an excellent athlete, as well. He ran a 4.44-second 40-yard dash at 6-foot-3, 228 pounds at his first pro day and rushed for 15 touchdowns over the last two seasons.

If drafted by New England, Fields would have an opportunity to learn behind another dual-threat signal-caller in Cam Newton until he’s ready to start. Fields has a prior connection to Newton, having played for the Patriots QB on a 7-on-7 all-star team in high school.

Fellow top-five QB prospect Trey Lance will hold his second pro day next Monday. It’s unclear whether the Patriots will have a presence at that throwing session, as well.

Newton, Jarrett Stidham and Jake Dolegala make up the Patriots’ current depth chart at quarterback. Newton, who started 15 games last season, is back on a one-year contract that includes just $3.5 million guaranteed. 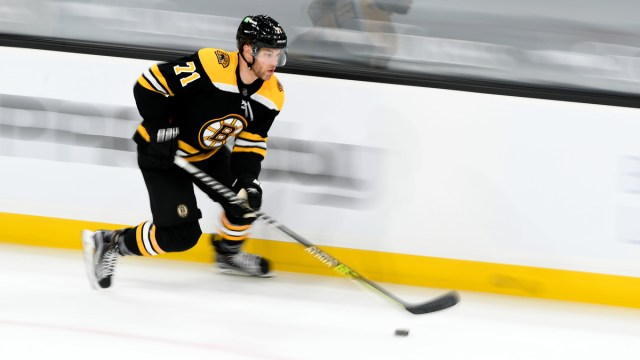 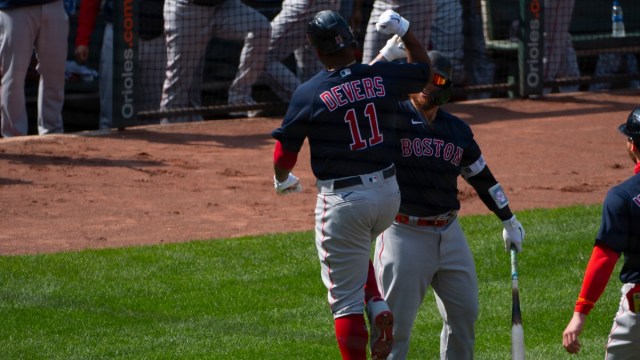