Bill Belichick’s affinity for draft-day trades is no secret to Patriots fans. He’s pulled off an NFL-high 82 swaps since arriving in New England in 2000, an average of 3.9 per draft. No other team has more than 61 trades during that span.

With the 2021 NFL Draft set to begin Thursday, April 29, we set out to answer those questions.

To keep the sample size manageable and the data relatively current, we only examined the Patriots’ last 11 drafts (2010 to 2020) for this exercise. We also only considered trades that were made during the draft, not others that simply involved draft picks.

All told, the Patriots executed a total of 45 in-draft trades since 2010. Let’s break them down:

After a quiet period from 2012 to 2016, the Patriots have been especially trade-happy in recent years. Overall, the Patriots have made at least one trade in 20 of Belichick’s 21 drafts, with 2004 standing out as the lone exception.

PATRIOTS TRADES BY TYPE
Trade up: 15
Trade back: 29
Trade for player: 3

Patriots fans won’t be surprised to learn Belichick historically is far more likely to trade back and acquire additional picks than he is to package assets to move up the board. That wasn’t the case last year, however.

New England kicked off its 2020 draft by trading out of the first round (landing safety Kyle Dugger at No. 37 after moving down from No. 23) but then proceeded to trade up four times over the next two days. Those moves yielded linebacker Josh Uche (second round), tight ends Devin Asiasi and Dalton Keene (both third round) and offensive lineman Mike Onwenu (sixth round).

New England went 2-for-3 on its player trades, hitting on running back LeGarrette Blount (2013) and offensive tackle Trent Brown (2018) but whiffing on tight end James O’Shaughnessy (2017), who failed to make the team out of camp.

The Patriots appear to be in prime trade-up position entering this year’s draft, as they boast a wealth of picks (10 total) and a well-stocked roster after loading up on veterans in free agency. The big question: Will they vault up from No. 15 to land one of the top quarterback prospects?

The Patriots never have traded into the top 10 during the Belichick era.

Also of note, with cornerback Stephon Gilmore and wide receiver N’Keal Harry being mentioned in trade rumors: The Patriots haven’t traded away a player during the NFL draft since 2013, when they included running back Jeff Demps in the package for Blount.

Day 2 is the Patriots’ sweet spot for dealing. They’ve swung at least one trade in the second or third round in 10 of the last 11 drafts and made 11 such trades in the past three years alone. New England traded up in the second round in 2018, 2019 and 2020 and did so in the third round twice last year.

Last year was the first time the Patriots made an in-draft trade involving a first-round pick since 2013, when they shipped the 29th overall selection to the Minnesota Vikings for a package that produced linebacker Jamie Collins and cornerback Logan Ryan. Minnesota used the pick on receiver/kick returner Cordarrelle Patterson, who wound up joining the Patriots five years later.

Since 2010, the Patriots have executed at least one draft-weekend trade with 27 of the other 31 NFL teams. They traditionally have been more likely to deal with NFC teams, but all five trades they executed last year were with AFC clubs.

Additionally, four of New England’s five 2020 draft trades were with teams they had not traded with in the previous 10 drafts (Chargers, Ravens, Colts, Jets). The fifth (Raiders) hadn’t completed an in-draft trade with the Patriots since 2011.

Two of the teams the Patriots have not traded with since 2010 are potential first-round partners this year. The Falcons own the fourth overall pick and reportedly are open to dealing it to a QB-needy team. If Justin Fields, Trey Lance or Mac Jones slides into the teens, the Patriots could look to swing a trade with the Giants (coached by former New England assistant Joe Judge) at No. 11.

Last year’s Keene trade was unusual for two reasons: 1) it was just the second time the Patriots had traded with the rival Jets — in-draft or otherwise — since Belichick took over in 2000, and 2) it marked the first time Belichick ever had included a future Patriots pick in a draft-day trade package. New England sent two 2020 fourth-rounders along with a 2021 sixth to New York for pick No. 101, which it used to grab the Virginia Tech tight end.

The Patriots typically are much more interested in accumulating future picks than trading them. Since 2010, they’ve acquired one future first, three seconds, one third, two fourths and one seventh.

New England doesn’t have the need for 10 draft picks on its current roster, so on top of any potential trade-ups, we could see the Patriots flip more picks for future assets this year. 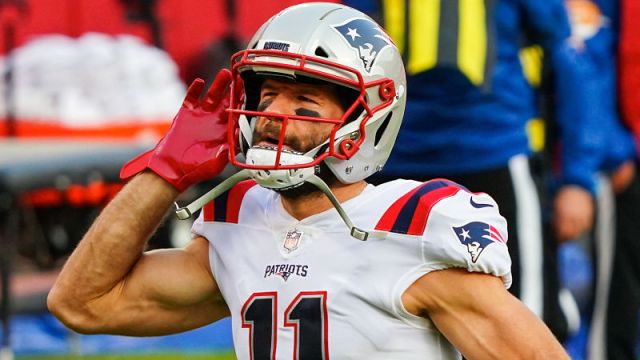 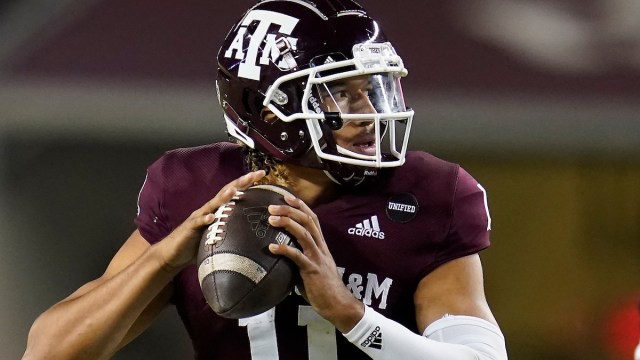