Patriots Mailbag: Who Could Replace Julian Edelman In 2021 NFL Draft? Skip to content

It will be interesting to see how many new titles have been doled out in the personnel department when the New England Patriots release the 2021 media guide.

It’s possible that Ziegler, Groh and Wolf could be in line for promotions.

@szn_jones
Best Edelman replacement in the draft. If you could only select one.
I’m not necessarily looking for a Julian Edelman clone in answering this question. The answer also might not be what most would expect based on the public perception of Edelman and requires some myth-busting.

Edelman often gets miscast as a “slot receiver.” He was just as much a “Z” receiver as he was a slot during the prime of his career. He really only moved over to primarily playing in the slot once Danny Amendola left after the 2017 season. Prior to that, Edelman was splitting his time pretty evenly between the slot and outside.

So, to answer this question, you have to find a player who can play outside and in the slot. The Patriots already have three of them on their roster in Nelson Agholor, Jakobi Meyers and Kendrick Bourne. Meyers actually filled Edelman’s role really nicely in 2020.

Toney has some off-field concerns that could dissuade the Patriots (and other teams) from taking him in the first or second round. But he’s a receiver who could play in the slot or Z roles and do damage in the middle of the field with the ball in his hands.

@DeeRodge1
Between the free agent signings, which guys can you and your media peers see contributing the most? #MailDoug @Patriots
Wide receiver Nelson Agholor, tight ends Jonnu Smith and Hunter Henry and linebackers Kyle Van Noy and Matt Judon should be every-down players for the Patriots. As far as who I see making the biggest impact, that’s tough. I know he wasn’t the most popular signing, but I might say Agholor. He’ll be the Patriots’ No. 1 wideout unless New England winds up with one of the top three receivers in the 2021 NFL Draft. Smith and Henry could cut into each other’s production since they share a position. And Van Noy and Judon might wind up doing the same.

As the Patriots’ depth chart currently is constructed, Agholor, Jakobi Meyers and Kendrick Bourne are the top three wide receivers. The Patriots are paying Agholor big money. He needs to make a big impact.

@TeamCrazyMatt
For what player outside of the first round could you see Belichick trading up? #MailDoug #FemaleHallie
The first place I would look is at fringe first/second-round prospects where the Patriots would have to move up from No. 46 overall.

Those are players who could fill needs on the roster and are good fits based on what the Patriots usually look for at those positions.

@ashley1992__
Welcome back Doug!! Who do you think is the better fit at qb for us: Jones, Lance or Fields?
Thanks, Ashley!

I’ll say Justin Fields if only because I think he’s the best player of the three quarterbacks. The Patriots also value experience at the quarterback position, and Mac Jones and Trey Lance both were just one-year starters. All three players protected the football well during their college careers and have the requisite size to play in New England.

Fields is the most mobile of the three players and is an excellent passer.

Overall, though, any of the three would be fine and significantly better than what the Patriots currently have for the future at quarterback.

@marcobr8186
Who is this year’s surprise cut. Are either of last year’s TE picks in trouble
It’s too early for surprise cuts, but after the Patriots signed Smith and Henry, I’m not sure if I’d put Devin Asiasi or Dalton Keene in the “stone-cold lock” category. They are both near-locks to make the 2021 roster, though.

@sebbehn
If it comes to it : Darrisaw, Horn or Paye ? #MailDoug
Jaycee Horn out of those three.

@jamesa27152778
Who is San Fran going to take at 3? No way Mac Jones right? Would it be worth it for the Pats to choose Jones? There’s the move toward dual threat QB’s but look at Brady, Brees and Rodgers? Why bother? Having your QB running around just exposes them to injury.
I have a completely unfounded and made-up conspiracy theory that the San Francisco 49ers’ interest in taking Jones at No. 3 was put out there so it wouldn’t look as bad when the Patriots draft or trade up for him.

I have no idea who the 49ers will take.

@PatsSTH1969
If these consensus top rated 14 players are taken before you
5 QB
3 WR
2 OT
2 CB
1 TE
1 ILB
Who is your pick at 15?
Or
How far can you trade back for Caleb Farley?
OK, so that would be Trevor Lawrence, Zach Wilson, Fields, Lance, Jones, Ja’Marr Chase, Waddle, Smith, Penei Sewell, Rashawn Slater, Patrick Surtain II, Jaycee Horn, Kyle Pitts and Micah Parson off the board?

I’d take Georgia outside linebacker Azeez Ojulari at No. 15 overall.

It seems like you could probably trade back into the high-20s for Caleb Farley.

@sebbehn
New key lime M&Ms. Have you given them a shot ? #MailDoug #DougsBuds
I haven’t, but I’ll try to find them and give them a shot.

@thisryanjackson
sup?
Honestly? I’ve been watching old seasons of MTV’s “The Challenge” while filling out spreadsheets for this year’s Patriots draft fits. 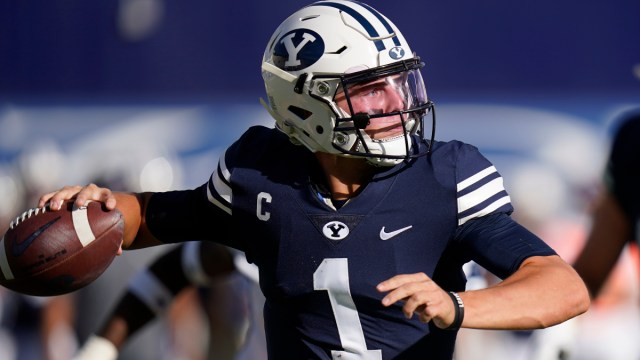 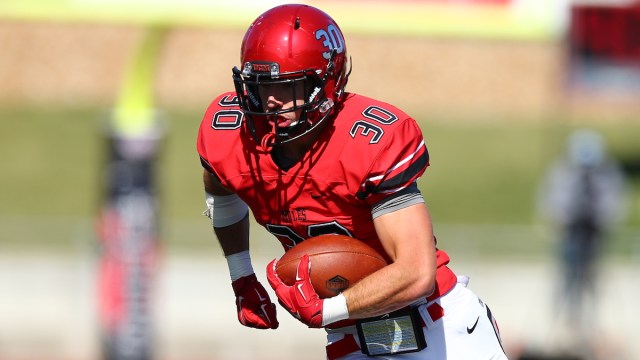