The New England Patriots’ Day 2 picks are high-risk and high-reward.

With the 96th overall pick in the 2021 NFL Draft — the selection New England received for losing quarterback Tom Brady in free agency — the Patriots grabbed productive pass rusher Ronnie Perkins out of Oklahoma.

Perkins’ 24.7% pass-rush win rate was sixth among FBS edge defenders in 2020, per PFF. He registered 5.5 sacks and 10.5 tackles for loss in just six games last season. He missed five games after being suspended for a failed drug test, according to The Athletic’s Dane Brugler. He was suspended for the final game of the 2019 season and for five games last year for the same failed test.

Perkins was widely regarded as a second-round pick despite the off-field concerns, so the Patriots could be receiving good value. He also had 10 quarterback hits and 19 hurries in 2020. He had five sacks, five QB hits and 21 hurries in 2019 before the suspension. PFF also graded Perkins well as a run defender.

There’s some risk involved with taking Perkins. That’s why he lasted until the 96th pick. But it could pay off if the Patriots can keep the talented edge defender on the right track.

The Patriots didn’t have an obvious need on the edge after signing Matt Judon and Kyle Van Noy this offseason. Perkins will join Judon, Van Noy, Chase Winovich, Deatrich Wise, Josh Uche, Anfernee Jennings, Rashod Berry and Tashawn Bower on the Patriots’ defensive end and outside linebacker depth chart. The Patriots took more pass-rush help in the second round when they traded up to take Alabama defensive tackle Christian Barmore. Barmore fell after being projected to be selected in the first round of the 2021 NFL Draft. The Patriots grabbed him at No. 38 overall.

New England took quarterback Mac Jones out of Alabama in the first round. They have one pick remaining in the fourth, fifth and seventh round and two selections in the sixth round on Saturday.

The Patriots still have needs at cornerback, linebacker, wide receiver and offensive tackle. 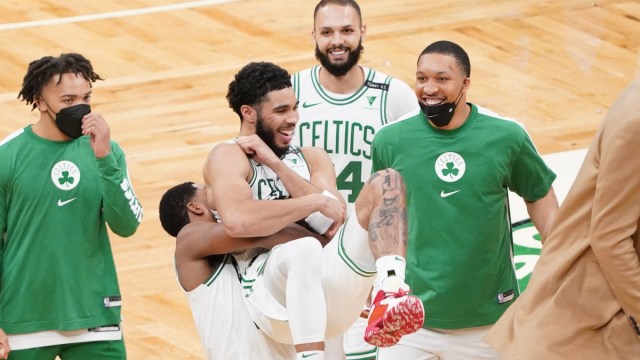 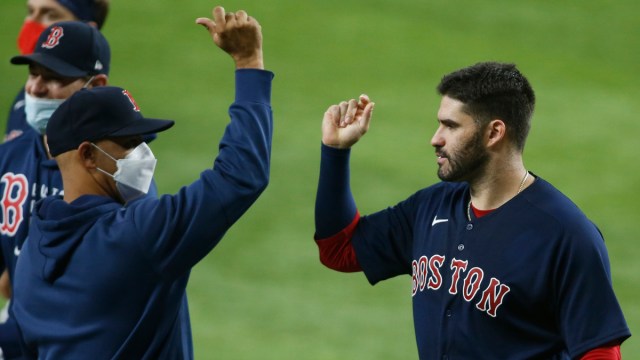