A lot has been made about the New England Patriots trading up from No. 15 overall into the top 10, or even top 5, during the 2021 NFL Draft.

Thomas Dimitroff, an ex-Patriots scout and former general manager of the Atlanta Falcons, though, seems to have his doubts that New England will do so.

“Let me start by saying, it’s not easy at (pick) four, five, and six to trade back,” Dimitroff told NBC Sports Boston’s Tom E. Curran during an appearance on Curran’s “Patriots Talk Podcast.”

“People start suggesting, ‘Well you just trade back’, if you’re at the fourth pick overall and you’re not sure about a quarterback, if you don’t want to take a tight end that high, get back and get picks. Everyone thinks that’s easy. It’s a lot easier 20 to 32 to trade back than it is in the top 10 knowing how much it’s going to cost,” Dimitroff said.

“So then, flip it over to Bill and the Patriots thinking about moving up from 15 to the early part of the draft to look at one of those quarterbacks. That’s a long way, that’s an expensive acquisition to be honest with you.”

The Patriots, of course, likely would only be willing to jump that high, and thus pay that price, if they believe they found their quarterback of the future. But, as Dimitroff noted, the prices will be steep.

For New England to acquire Atlanta’s No. 4 overall pick, according to Sports Illustrated’s Albert Breer, it could cost something like No. 15, No. 120, No. 122 and a 2022 first-round pick. For the Patriots to land No. 8 overall from the Carolina Panthers, New England could have to trade No. 15 overall, a third-round compensatory pick, No. 110 overall and a fourth-round comp. pick, according to Rich Hill’s NFL Draft trade value chart. Even for the Patriots to trade up to No. 10 overall with the Dallas Cowboys, as Mel Kiper Jr. has them doing in a recent mock draft, that still could cost a future first-rounder according to the ESPN NFL draft analyst.

And if the draft plays out like many expect it will with offensive players — quarterbacks, receivers, offensive linemen — taking up the vast majority of top 10 picks, the Patriots could have a defensive standout fall to them.

“There are going to be some really talented people available at the 15 area, and I think they can thrive right in that area, or maybe trade within the next two or three (picks), one way or another,” he said. “But to jump up into the top five, that is a big move.”

We’ll see what the Patriots decided to do when the 2021 NFL Draft kicks off April 29. 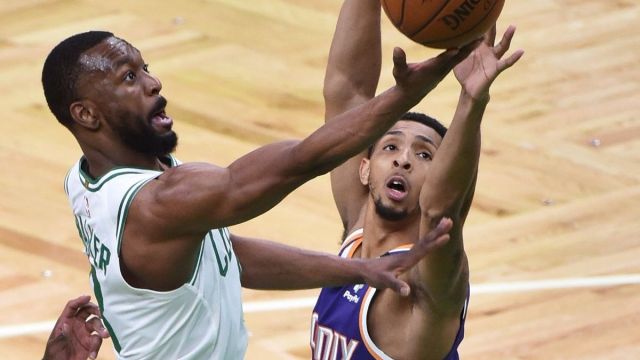 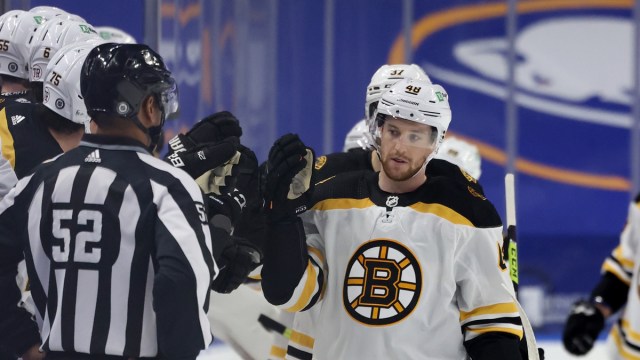