The New England Patriots came out of their worst season in two decades with roster holes galore. Most of those have since been filled, thanks to the team’s unprecedented free agent spending spree.

The Patriots will have another opportunity to improve their roster when the 2021 NFL Draft kicks off next Thursday night. And though their list of immediate needs now is much shorter, several position groups could use rookie additions.

Here’s how we’d rank each of the Patriots’ position groups, from greatest need to lowest, entering this year’s draft:

1. Quarterback
One year after Tom Brady’s departure, the Patriots are no closer to finding their QB of the future. Cam Newton can hold down the starting spot for this season, but as team owner Robert Kraft stressed earlier this month, they need a long-term plan here. Will they trade up for one of the top-tier quarterback prospects (Justin Fields, Trey Lance, Mac Jones)? That’s the biggest Patriots-related question entering this draft.

2. Wide receiver
The combo of Nelson Agholor, Kendrick Bourne, Jakobi Meyers, N’Keal Harry (if he’s not traded) and Gunner Olszewski is better than what the Patriots rolled with last season, and tight ends should take on a much larger role in New England’s passing game this year. But there’s still a need here, especially with Julian Edelman now retired. Fortunately for the Patriots, this is an especially impressive wideout class.

3. Cornerback
J.C. Jackson’s newly signed tender locks him up for just one year, Stephon Gilmore’s contract situation remains unsettled, and Jason McCourty is taking free agent visits elsewhere. The Patriots don’t have much proven depth at this spot behind those three and slot corner/safety Jonathan Jones. If Gilmore is traded, cornerback vaults to the top of this list.

4. Offensive tackle
If the Patriots don’t pick up Isaiah Wynn’s fifth-year option, they’ll have two starting tackles in contract years (Wynn and Trent Brown) and a No. 3 tackle who’s projected to start at left guard (Mike Onwenu). They could be proactive and look for a 2022 starter early in this year’s draft, perhaps even at No. 15 overall.

5. Inside linebacker
Dont’a Hightower’s expected return will be huge for this unit, but he only has one year left on his contract and just turned 31. Ja’Whaun Bentley, hybrid safety Adrian Phillips and veteran newcomer Raekwon McMillan also will be free agents in 2022. Whether it’s a first-round talent like Micah Parsons or Zaven Collins on a later-round prospect, adding a young off-the-ball ‘backer would make sense for New England.

6. Safety
The Patriots are well-stocked at strong safety with Kyle Dugger, Phillips and Jalen Mills, and Devin McCourty is a safe bet to play nearly every snap on the back end. There’s little free safety depth behind McCourty, though, and with his 34th birthday (Aug. 13) approaching, the Pats should begin planning for the future there.

7. Interior offensive line
The projected top four of Onwenu at left guard, David Andrews at center, Shaq Mason at right guard and Ted Karras as the No. 1 iOL reserve is rock-solid. But with Karras back on a one-year deal and Marcus Martin and Najee Toran rounding out the depth chart beneath him, a developmental guard/center could be on the Patriots’ draft-day shopping list.

8. Running back
The Patriots retained James White, but only on a one-year deal. They should be looking for his eventual replacement, unless they believe 2020 undrafted rookie J.J. Taylor can become their top third-down back. Sony Michel — projected as the No. 2 early-down back behind Damien Harris — also would be entering a contract year if the Pats declined his fifth-year option.

9. Defensive tackle
Improving this group was a clear offseason priority for the Patriots, who signed Davon Godchaux, Henry Anderson and Montravius Adams in free agency and re-upped Lawrence Guy and D-end Deatrich Wise. They also have Carl Davis, Akeem Spence, Byron Cowart, Nick Thurman and Bill Murray in the mix. This is considered a weak class of D-tackle prospects.

11. Kicker
Nick Folk was excellent last season, but he turns 37 in November. The Patriots could take a shot on another developmental kicker after 2020 fifth-rounder Justin Rohrwasser flamed out. Roberto Aguayo, who’d been out of football for more than two years before joining New England’s practice squad in December, also is under contract.

13. Punter
Jake Bailey was a first-team All-Pro last season and has two years left on his rookie deal. 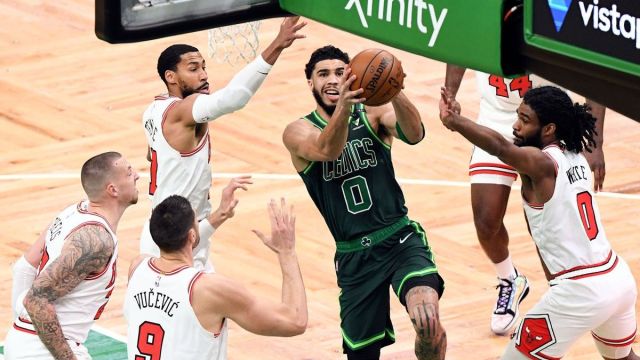 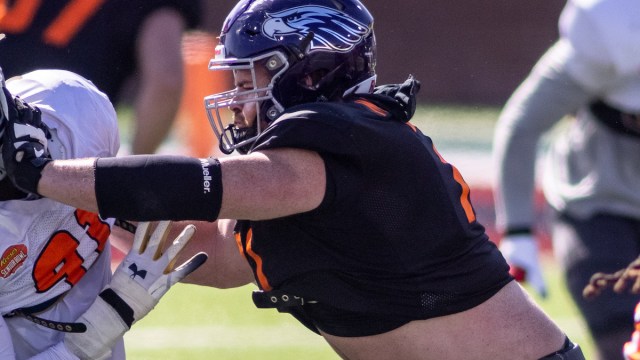