The 2021 campaign is off to a less-than-ideal start for the Boston Red Sox.

The Red Sox opened up the new Major League Baseball season by losing its first three games to the Baltimore Orioles. Baltimore completed the sweep Sunday with an 11-3 win after beating up Boston’s pitching early in the contest.

As Red Sox manager Cora noted, this has been “a rough start” for Boston in general, though Sunday’s loss was particularly difficult to take.

“It was a tough one, there’s nothing else you can say,” Cora said during his postgame video press conference. “We got beat in every aspect of the game. The first two games, we didn’t play good defense. We didn’t swing the bat. Today, didn’t pitch.”

It has been quite some time since the Red Sox were swept in their opening series at home. The last time this happened was 1948, according to NESN’s postgame broadcast, and the third time they have been swept to start a season since 2010.

Given how well the Sox played this spring, Cora is not entirely pleased with what he saw from Boston this weekend.

“I’ve been saying all along, you know, we have a good team but we’ve got stuff to do and stuff to work on and we’ve just got to get better,” Cora said.

“… We were playing some clean baseball (in the spring) and we didn’t play clean baseball the first few days (of the season). Things like this are going to happen. You hate them, of course, but I think it magnifies if its early in the season … We’re probably a bit thin pitching-wise, or you’re not where you want to be. There were some positives, right? But I think overall, we’re not proud of what happened this weekend. We talk about winning, playing good baseball against this division, playing good baseball at home and we didn’t this weekend.”

Boston will get a chance to turn things around starting Monday night when the Tampa Bay Rays come to Fenway to begin their own three-game set against the Sox. It will be an opportunity for the team to prove not just to their fans, but to themselves that they are more than what they displayed in the first series of the season.

Here are some more notes from Sunday’s Orioles-Red Sox game:

— Garrett Whitlock was a bright spot for Boston.

The right-hander made his MLB debut in the third inning as the Sox attempted to stop the onslaught. And Cora was pleased with what he saw.

“That was the highlight of the day, right? The positive of the day?” he said. “He did an amazing job. We were just trying actually to get JT (Josh Taylor) there, limit the damage and get him a clean inning. To bring (Whitlock) in with the bases loaded in that situation I don’t think is smart. This is a kid that obviously — first time in the big leagues, he hasn’t competed at any level in a few years. So we were trying to make it a clean inning for him, it just didn’t work out.

“But going back to him, he was good. Under the strike zone, keeps his fastball up, mixed up his offspeed pitches — it was fun to watch.”

— Garrett Richards, meanwhile, did not get the debut he was hoping for.

The righty got his first start with the Sox on Sunday, but it ended with him pulled after just over two innings. That said, he was not entirely upset with his performance.

“To be honest, I mean, I was throwing a lot of strikes. It just kind of seemed like every ball that was put in play just kind of fell. I got beat on the shift a couple of times today, walked a couple guys later in the count. The Franco at-bat, I mean I just wasn’t going to give in with a base open on first. But other than that, I mean, (my) delivery felt good, physically I felt good, just tried to fill up the zone. And unfortunately, every ball put in play just wasn’t around someone who had a glove on.”

— Alex Verdugo was replaced by Franchy Cordero, but Cora said it had nothing to do with play or injury.

“We needed Franchy to get the at-bats,” he said. “He’s playing tomorrow against a righty, so we decided to take him out and just put Franchy out there.” 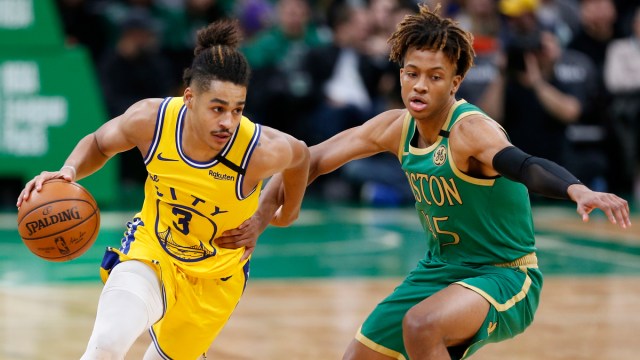 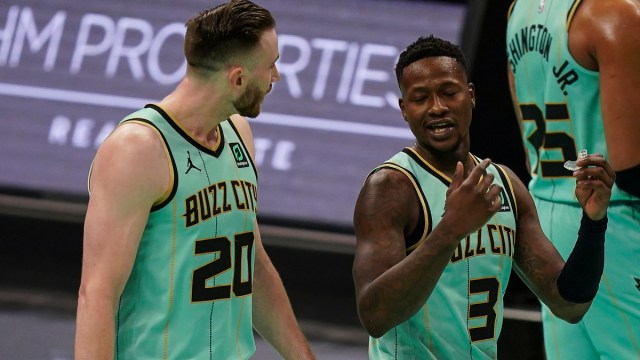