You can’t win ’em all, but the Red Sox have not been as successful at home as they would have liked to start the 2021 Major League Baseball season.

Boston did not look its best in Saturday’s 8-2 loss to the Seattle Mariners at Fenway Park, whether it was on the mound, in the field or at the plate.

The Red Sox now are 4-5 on the current homestand and 7-8 overall at home this season. Boston had hoped for more success than this at home, so naturally, Manager Alex Cora isn’t too happy with the results.

“I’ve been saying, for us to win games, we have to play good — good baseball, solid baseball,” the Red Sox manager told reporters during his postgame video press conference. “And today, we didn’t make contact, we didn’t make a few plays, we didn’t pitch. Overall, just one of those that you throw away and show up tomorrow and have a better game plan, if that’s what works.

“We’re playing good ball,” Verdugo said after the game. “I think we’ve had a few games now in this little four-game stretch that have been kind of tough. But, we’re a really good team, man. We’re in there ’til the end. And at the end of the day, we’re going to keep on doing what we do. We’re going to keep working hard, showing up every day, have our approach, have our plan and try and execute it.

As both Cora and Verdugo noted, Boston already has faced some solid competition at home this season. It’s no excuse for the team’s lack of consistency at Fenway, though the team still seems confident in its overall resiliency.

“I mean, we’ve been playing some good teams, too,” Cora later noted. “I mean, these guys (the Mariners), they can pitch. We played the (Chicago) White Sox. We played the (Tampa Bay) Rays. The first series (against the Baltimore Orioles), obviously, we were disappointed. Of course, we want to win series at home. Of course, we want to be better at home. But … obviously, it’s something we’ve got to get better (at).”

“You’ve got to tip your cap, sometimes,” Verdugo added. “These are good teams. Every team in the big league is good. And I think we are also a very good team. And it’s just that simple. We’ve got to get out there, regroup and come back stronger.”

Here are some more notes from Saturday’s Mariners-Red Sox game:

— Nathan Eovaldi did not look like his usual self.

The righty gave up five runs (four earned) off seven hits in five innings of work. He dropped to 3-2 on the season as a result.

“I just felt like I had a hard time finishing my pitches today,” Eovaldi said, “which, if I’m not finishing my pitches, they tend to stay middle and they’re not as sharp as they usually are. And that’s where I got in trouble today. I felt like I was a little bit more behind throwing the curveball in there for strikes. I didn’t have as great command with that today as I normally do, which again, I just think comes from not having that good extension.

— Verdugo drew some concern midway through the game when he appeared to be clutching his leg while in the outfield. But neither the outfielder nor Cora seem too concerned.

“He got cramped up at one point, but he was OK,” Cora said. “Obviously, he has to be smart about it. But he played a good game, put in good at-bats, hobbled a bit, but he’s OK.”

Verdugo confirmed this, noting it came while chasing down a line drive early in the game.

“I felt good. No trouble. Just a little bit of a cramp, tightness. But you know, I just wanted to stay in the game, make sure nobody got ambushed and just take it easy on the leg a little bit.

“… It actually was a weird play. I just shuffled my feet, felt something grab a little bit and just had to make sure, you know, kept that in mind and just loosened it up throughout the game. But, no problem.”

— J.D. Martinez snapped his eight-game hit streak after going 0-for-2 on Saturday.

— The Red Sox and Mariners are expected to wrap up their four-game series Sunday afternoon, assuming rain doesn’t get in the way. 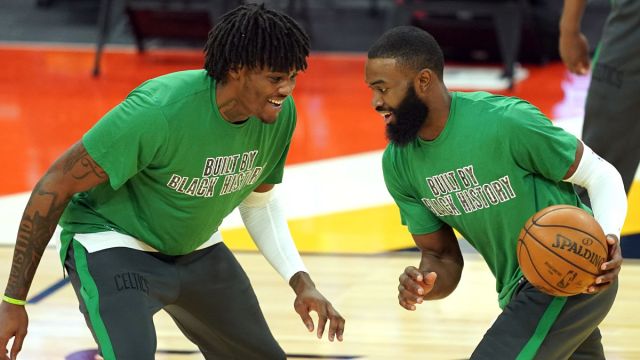 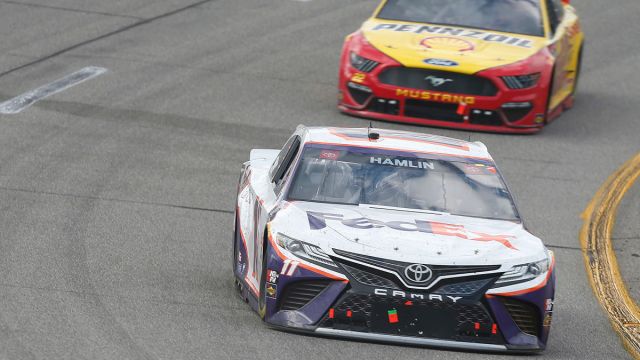