The Boston Red Sox have struggled to put up runs early on this season, but as far as Alex Cora is concerned, it’s the defense that is of particular concern.

In the Opening Day loss to the Orioles, it was a pair of defensive miscues from Kiké Hernández that helped sink the Boston Red Sox. In Saturday’s 4-2 loss to Baltimore, it was a throwing error from Rafael Devers that felled the hosts.

In the fourth inning, Devers’ gaffe allowed Baltimore to keep the inning alive and put runners on the corners, and Maikel Franco cashed in with a two-RBI single.

So, despite the fact that the Red Sox have combined for nine hits and two runs across their first 18 innings, it’s the defense that the Sox manager lamented more than anything.

“We had some good at-bats today. We put some good swings, it’s just at this part of the season it gets magnified. Obviously, we can be better, we feel we can be better. But out of the three phases of the game, the defensive part of it is the one that has been disappointing the first two games.”

Indeed, the Red Sox have too much offensive talent to expect this to be the norm. And they are a better defensive team than they’ve let on at first, as well.

But it’s early in the season, and you only can go off of what you’ve actually seen. And what Cora’s seen when his team is on the field has not impressed him.

Here are some other notes from Saturday’s Red Sox-Orioles game:

— Tanner Houck’s line wasn’t indicative of how well he pitched.

And his line actually was pretty good.

The right-hander had great command of all his pitches, but stuck mostly to his fastball and slider. The end result was eight strikeouts across five innings, allowing three runs (two earned) on six hits with one walk.

That lone free pass was a killer though, as it kept the inning alive for Devers to make that ill-fated error.

“Two-out walks kill, no matter what,” Houck said after the game. “Comes back to that. Other than that, very happy with the outing. Can’t complain at all.”

“He did a good job. He was good. The velocity was up, movement of the pitches. He did an outstanding job. … He did an amazing job with us.”

— At times, Devers flashes Gold Glove potential at third base. But his aggressiveness and desire to make big plays has hampered him at times, like it did Saturday.

The 24-year-old drifts to his left more than most third basemen do, something you could argue teeters on the line of unnecessary given he has Xander Bogaerts playing next to him.

— For Houck, the next step is a waiting game.

He was set to begin the season at the alternate site in Worcester, but was tabbed for Saturday’s start with Eduardo Rodriguez beginning the campaign on the injured list.

Rodriguez threw a simulated game Friday and is feeling good, and provided he continues to feel fine, he will be eligible to return to game action Thursday.

As a result, Cora indicated that Houck is in a holding pattern for now, and it seems likely that the 24-year-old will head to Worcester once Rodriguez is good to return. 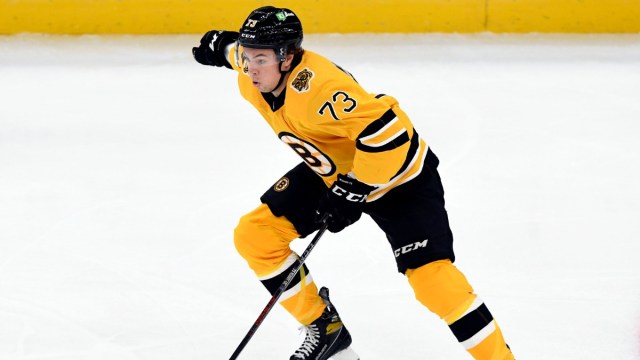 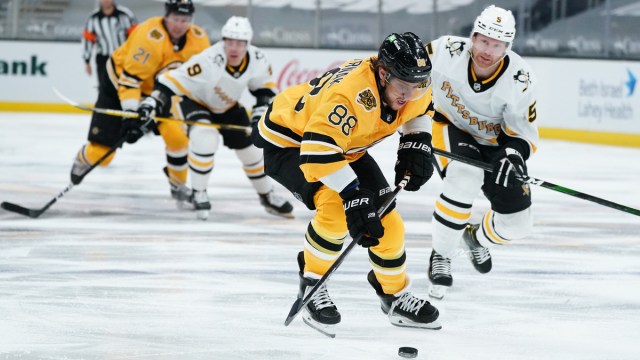