Garrett Richards clearly put a lot of work in between his most recent two starts, and it showed on Tuesday.

In a narrow 2-1 win over the New York Mets, the right-handed starter chose one heck of a day to redeem himself, keeping the Boston Red Sox afloat to hold on to the win.

He went seven full innings, giving up the single earned run while walking no batters and striking out 10 — a much welcome turnaround from where Richards started his tenure with the Red Sox.

“Besides everything? Everything,” manager Alex Cora joked when asked what went right for Richards on the mound. “Mechanics, he was under control on the mound, good fastball, good curveball, good slider, and this is the guy we envision, we know stuff-wise, he is one of the best in the league. And if he can repeat his delivery, it’s been under control, we know that he can do this every five days.”

Richards gave up eight earned runs in his first three innings of the season, and in the 20.2 innings since, he’s given up just five.

Apparently, some work to simplify his delivery with pitching coach Dave Bush has worked wonders so far. What Cora saw was apparently enough to trust him going deep into the seventh inning though Richards would be coming up in the batting order.

“This guy is really, really good,” Cora said. “His stuff is that good. You know when you talk to Christian (Vazquez) and Kevin (Plawecki), they wonder sometimes how he gets hit because the ball moves all over the place, he has a good breaking ball, good slider. But the fact that he made competitive pitches, the whole night, that’s what it’s all about. And I know he worked hard in between starts, and he got to keep working hard, but he deserves this one. He worked his tail off the last four days to get to this point. At one point I was like okay six innings, that’s good enough but I was like, you know what, he should go seven without stopping and then he did an outstanding job.”

Here were some other notes from Red Sox-Mets:

— Matt Barnes was nails for his fifth save of the season, continuing to be a lights-out closer for the Red Sox.

He had two strikeouts in his one inning of work, throwing nine of his 10 pitches for strikes and making sure Boston kept their 2-1 lead.

“That was a good one,” Cora said of the closer. “Good fastball. He made some good pitches on all of them. He is under control. What he’s doing so far is impressive, right? You know you can see him developing into this this guy that, he doesn’t abandon the strike zone with his stuff and that’s good to see.”

— Bobby Dalbec finally got to ride in the home run cart, getting the Red Sox on the board with a game-tying homer in the third. Hopefully it’s the first of many.

“Just got to keep trying to get good pitches to hit and, you know, put good swings on them,” Dalbec said after the game. “The homers will take care of themselves. They come in bunches, so, just trying to be consistent out there and have good at-bat.”

— The Red Sox now are 15-9 on the season but are 7-1 on the road. Hopefully, now that Fenway Park will soon be able to up its maximum capacity as the state of Massachusetts loosens its COVID-19 restrictions, Boston can work a streak like that at home.

— One more game against the Mets on Wednesday at 6:40 p.m. ET stands between the Red Sox and a four-game trip to Texas to play the Rangers. 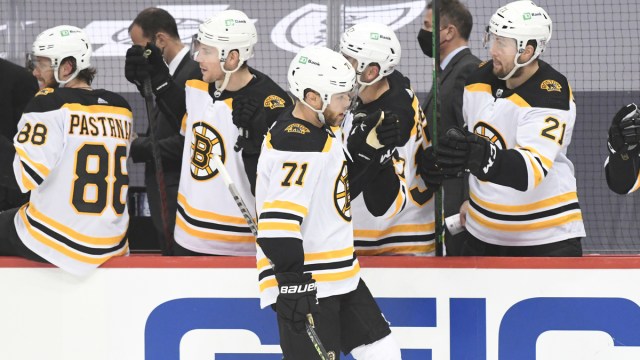 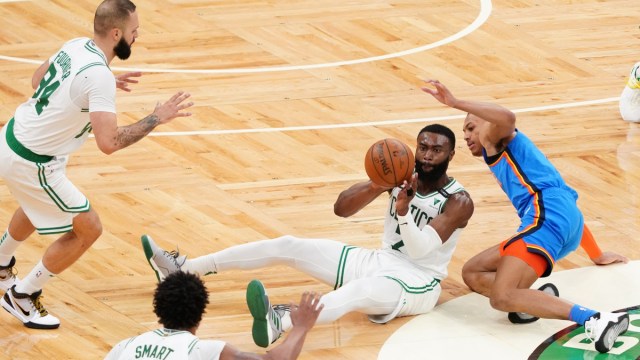