The Boston Red Sox will be fully loaded Wednesday at Fenway Park when they take on the Toronto Blue Jays.

Alex Verdugo and Rafael Devers return to Boston’s lineup for its series finale against Toronto. Both sat out Tuesday’s game, a 4-2 Red Sox win, and will slot into their respective usual places on the field and in the batting order: Verdugo playing right field and batting second, Devers playing third base and batting fifth.

After playing third base Tuesday, Marwin Gonzalez will move over to second base at the expense of Christian Arroyo.

Garrett Richards will start for the Red Sox for the fourth time this season. Blue Jays starter Trent Thornton will oppose him.

Here are the lineups for Wednesday’s Red Sox-Blue Jays game. NESN will broadcast the action on television, while Watch NESN Live allows you to stream it online. Pregame coverage will begin at 6 p.m. ET. First pitch is scheduled for 7:10 p.m. 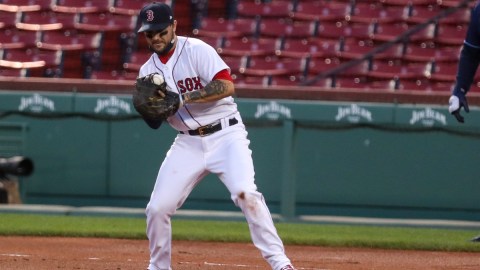